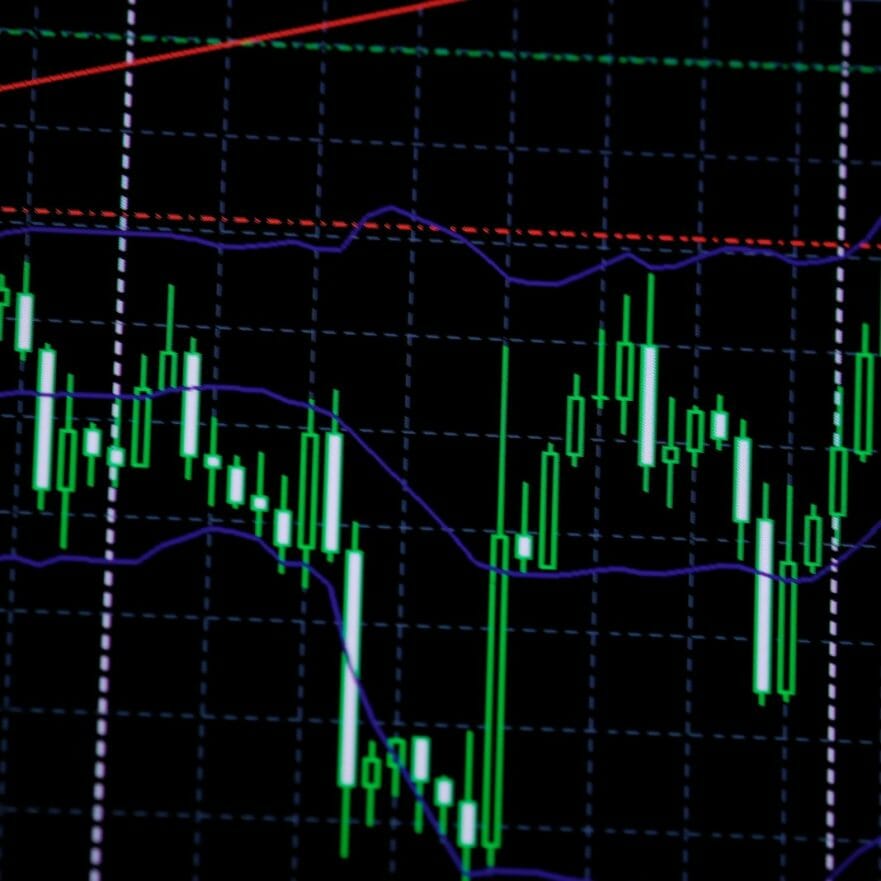 Next Article
Previous Article
Technical analysis (TA) has been used to trade crypto since its inception. Traders claim that through careful analysis of historical data and focus on price, volume, and related indicators it is possible to identify patterns and predict outcomes. Here are a number of key indicators and mechanics commonly used for trading crypto.

There are a number of ways to use TA to trade cryptocurrencies. Many experienced day traders have been applying Bollinger Bands, Moving Average Convergence Divergence (MACD), Stochastic, the Detrended Oscillator, and Fibonacci Retracement in a bid to gain insights into where the market will go next.

Some are more sceptical of TA. Angus Champion de Crespigny, an advisor to blockchain projects and a former EY blockchain lead, says that when it comes to TA, some methods can be controversial in traditional markets, let alone a relatively new market such as crypto.

“Considering we are dealing with a brand new market, I think we should be careful with anyone stating with confidence that they know what the price will be in the short term. Maybe I’m missing something but I am curious how TA theses for this market could have been proven when the market is still evolving on a monthly basis,” said Crespigny.

In favor of using TA in cryptocurrency trading is Alexey Markov, a trader at United Traders based in Moscow, Russia. He explained that when it comes to TA, almost anything can work in any markets. The same technical analysis can be applied across different assets in both forex and crypto markets. Indicator-based trading means the trader will rely on indicators to analyze the price and provide trade signals. These alert the trader as to whether now might be a good time to enter or exit a position.

There are a number of key indicators to consider when trading crypto. Markov said: “Many traders make use of indicators during their activities, but our traders, early in their careers, tried out a great many indicators and most traders then refused to use them again except for volume – maybe a few used Moving Average – 200 and 50 for example – and even then only on daily charts.” Be warned though: indicators don’t forecast prices but simply enable visualization in charts and show some median figures where the stock was located during the period under scrutiny. Markov explained that if prices rise on trend then Moving Averages go up, the price gains momentum and the Relative Strength Index also rises. This build up can be demonstrated by green and red candles. For many traders it is convenient to view the pace of price-change in different formats. This all boils down to a question of taste and preference, explained Markov.

There is also the risk that too many indicators will muddy charts with excess overlays and make if difficult to interpret the information. According to Markov, it is best to limit yourself to the minimum possible number of indicators and use them over longer timeframes to avoid being misled by signals. “If there’s a trend in the market, it doesn’t matter what indicators of any sort you could be using, then it’s easy to make money. If it’s a side market, no indicator will save the trader, so you’d better take a break from trading or seek out other assets,” he said.

Bollinger Bands are a type of statistical chart characterizing the prices and volatility over time and were developed by John Bollinger in the 1980s. According to Bollinger, periods of low volatility are often followed by periods of high volatility.

Markov explained: “Bollinger Bands primarily show the expected volatility range of an instrument based on its previous performance shown in the form of lines around the moving average that illustrates the range in within [which] this stock ‘should’ operate. It’s believed that if it exits this range, the trend will still continue very often, the narrower the range, the stronger the movement will be.”

According to Markov, shunts in the vicinity of 6,000 on BTC provide a good example of going outside this range. “When at the opening of the year the range was very broad, the exits from it gave very little information. Yet all of this goes to prove the well-known truth that after a price is wedged into a narrow price range, a powerful exit from it often follows. This can be seen on even the simplest chart without using indicators,” explained Markov.

MACD is a trading indicator method used in technical analysis of stock prices and was created by Gerald Appel in the late 1970s. According to Markov, MACD will show the trader the difference between two shifting averages.

Markov explained: “The larger the indicator value the stronger the ongoing trend. At the moment when it is suspended, the shift begins converging as the indicator nears zero. This is considered to be an input signal, while the indicator crosses the zero line is a more reliable although much slower signal. It’s an indicator more suited for trading on trends.”

Stochastic is an indicator which shows the level of overbought or oversold conditions for the period in question. Below is an ethereum graph from 2017 when Markov saw entry points using this indicator.

Markov said: “The higher or lower this is to the closing prices, the higher or lower the indicator will be. The classic overbought or oversold level is thought of as 80% and 20% – so when crossing this guideline or returning back it ought to be either entering or leaving this position. Here the logic runs that when an asset closes extremely low, relative to recent periods, the potential for further worsening is very small and sales may soon end.”

Finally we have the Fibonacci Retracement. In TA, the Fibonacci retracement means creating taking two extreme points (major peak and trough) on a stock chart and dividing the vertical distance by the key Fibonacci ratios of 23.6%, 38.2%, 50%, 61.8% and 100%.

Markov said: “It is believed that there is much in the world around us that owes its existence that can be described with these numbers. Traders have concluded that trends in the financial markets are undermined by general laws of nature.”

Although the study of Fibonacci retracements (or “fibs”) is useful in identifying support and resistance levels, its efficacy in deriving actionable insights is disputed by many traders. Fibonacci remains an esoteric but intriguing TA tool.