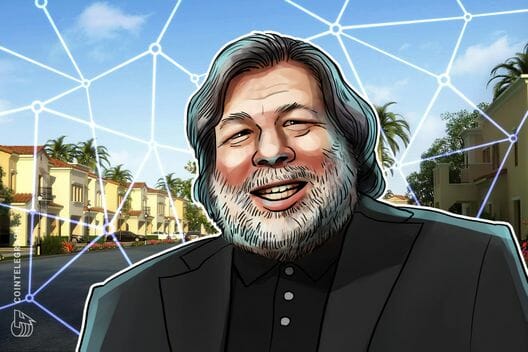 Speaking to Null Transaction, the bitcoin proponent said this is the first time he has worked with a blockchain company in his career, adding that he “was amazed at the technology behind [cryptocurrency].”

Equi aims to act as an investment firm, Wozniak said. According to the startup’s Twitter page, it hopes to help both retail and professional investors purchase equity in companies in an effort to replace traditional investing firms.

“Our approach is not like a new currency, or something phony where an event will make it go up in value. It’s a share of stock, in a company. This company is doing investment by investors with huge track records in good investments in things like apartment buildings in Dubai. We have one person in our group who has listed out a whole apartment building for bitcoin.”

Wozniak did not provide details on what his role would be at the startup. He did indicate that the company may register in Malta, which has been working to develop a friendly regulatory environment aimed to attract firms in the blockchain and cryptocurrency space.

Continuing to tout the potential use cases for blockchain technology, he said, “I’ve encountered people working in real estate avenues, types of Uber systems, everything we’ve got in our life, especially involving transactions – retail sales, car sales, manufacturing of goods … working on bitcoin applications … and they all have value.”

The tech guru’s choice of first crypto project is perhaps a little surprising. Equi, as reported by The Next Web, has had something of a bumpy path so far. Initially launching its token via an ICO, lack of interest and missed targets reportedly saw the sale cancelled and pre-sale investors refunded.

A follow-up bounty scheme to reward users with tokens for publicizing the project also saw major issues when a partner marketing company soon walked away, the news source indicates. Going the bounty route also raises the thorny issue, as reported by CoinDesk, that the U.S. Securities and Exchange Commission has indicated that even giving away tokens may break securities rules.