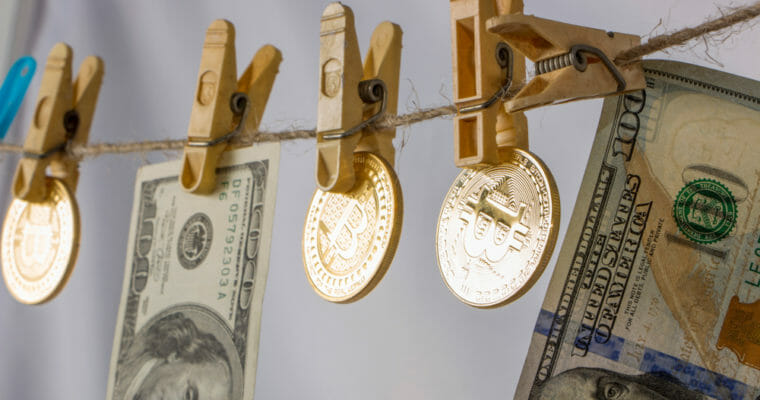 Binance, the world’s largest crypto exchange, has voluntarily engaged in an initiative to eliminate money laundering on its platform.

For years, despite the inherent lack of privacy measures on major public blockchain networks like Bitcoin and Ethereum that discourage the settlement of illicit transactions, a widely pushed narrative against crypto has been the suspected usage of digital assets by criminals.

Bitcoin, Ethereum, Ripple, Bitcoin Cash, EOS, and many other major cryptocurrencies are not anonymous by nature. With Know Your Customer (KYC) and Anti-Money Laundering (AML) systems integrated by cryptocurrency exchanges, it is extremely difficult for criminals to utilize digital assets to settle the transfer of illegal proceeds.

Authorities and government agencies across the globe are well aware of the non-anonymous characteristic of blockchains, which could have motivated governments like the US, Japan, and South Korea to legitimate and recognize the cryptocurrency market.

This week, Binance has started to cooperate with Chainalysis, a leading blockchain analysis company that evaluates suspicious transactions and addresses, to improve its AML system and to further legitimize the cryptocurrency sector.

In 2018, some of the world’s most influential banks were cracked down for money laundering. Danske Bank laundered $243 billion from criminal groups, and as CCN reported on October 20, Nordea Bank, the largest financial group in the Nordic countries, is said to have taken several illicit payments from banks in the Baltic region.

With the institutional market of cryptocurrencies growing exponentially, the tightening of AML systems employed by public exchanges is expected to solidify cryptocurrencies as a recognized asset class and the digital asset market as a well-regulated sector.

Wei Zhao, the CFO at Binance, said that maintaining the firm’s vision of increasing the freedom of money globally, the exchange will continue to adhere to regulatory mandates in the countries it operates in.

“By working with Chainalysis, we are able to continue building a foundational compliance program that enables the next phase of our growth. Our vision is to provide the infrastructure for a blockchain ecosystem and increase the freedom of money globally, while adhering to regulatory mandates in the countries we serve.”

The cryptocurrency sector is entering a new phase of development and growth, as Zhou explained.

During the 2017 bull market in which the valuation of the cryptocurrency market surged to $800 billion, the asset class obtained significant mainstream awareness in both countries that support crypto and regions that have established impractical regulatory frameworks to prevent local blockchain markets to flourish.

In a period in which governments are introducing increasing efforts to embrace crypto and blockchain businesses as a part of the fourth industrial revolution, voluntary initiatives by companies like Binance to legitimize the industry will ease the process of governments in regulating and acknowledging the global market.