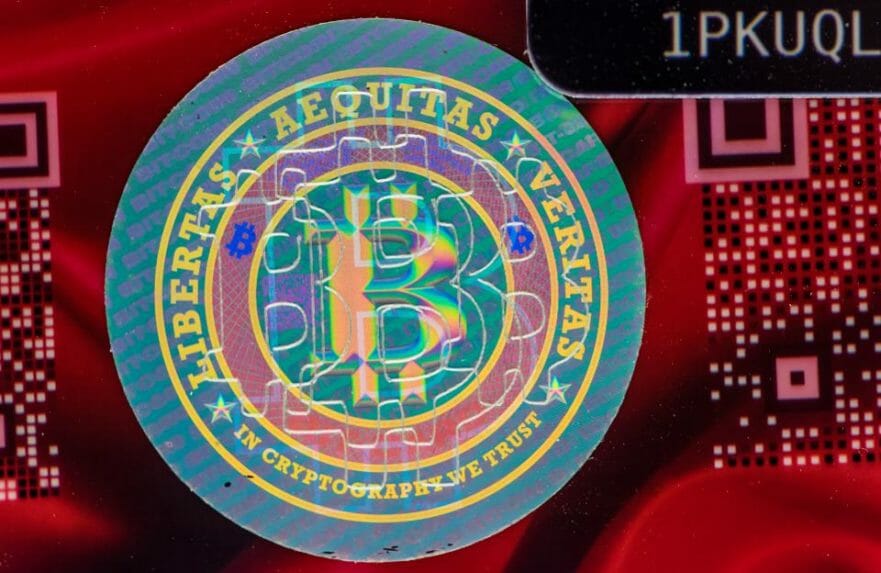 The bitcoin price has been bouncing around from $6,000 to over $8,000 in recent months, but that could soon change. Many investors are looking forward to the U.S. Security and Exchange Commission’s (SEC) decision later this month on whether to grant approval for a bitcoin exchange-traded fund (ETF) — something the SEC has previously rejected due to fears around bitcoin’s wild price swings and price manipulation.

But others are looking beyond that, pointing to the New York Stock Exchange’s parent company, Intercontinental Exchange (ICE), plans to roll out a bitcoin ETF on November 5.

In July, ICE revealed that it was launching a bitcoin and cryptocurrency platform called Bakkt in partnership with coffee chain Starbucks, software giant Microsoft, and Boston Consulting Group.

An ETF will be launched under Bakkt, which will also facilitate a scalable ecosystem for federally regulated markets and warehousing.

“Our new daily bitcoin contract will not be traded on margin, use leverage, or serve to create a paper claim on a real asset,” Bakkt CEO Kelly Loeffler said in a blog post. “This supports market integrity and differentiates our effort from existing futures and crypto exchanges which allow for margin, leverage and cash settlement.”

“I believe that [the bitcoin price] will hit $10,000 by the first week of November,” Hermann Finnbjörnsson, founder and chief executive of bitcoin and cryptocurrency advisory firm Svandis told The Street. “I think that there are a lot of reasons to be bullish on bitcoin. [There’s] Less than a 1% chance in my mind that bitcoin won’t succeed.”

Michael Terpin, a partner at Alphabit fund, echoed Finnbjörnsson’s comments, saying: “Technology will adapt cryptocurrency to be something that you can go and buy on your phone.”

This fresh wave of potential investment has given many hope that the bitcoin price will return to and then exceed its all-time highs of late last year, when bitcoin powered to almost $20,000 per coin.

The U.S. Commodity Futures Trading Commission (CFTC) must first declare Bakkt fraudulent free, however — though it is widely expected to do so.

The bitcoin price has been waiting for firmer news on investment and regulation over recent months.CoinDesk

Meanwhile, the SEC is currently weighing whether to approve a bitcoin ETF request filed through the Chicago Board of Exchange (CBOE) by New York-based VanEck and blockchain platform SolidX.

However, some influential voices in the bitcoin and cryptocurrency world have argued a bitcoin ETF will be bad for bitcoin in the long term.

Last month Andreas Antonopoulos, a tech entrepreneur-turned bitcoin evangelist, warned that — although he does expect an ETF to be granted approval by the SEC — it will not be a good thing for bitcoin or the wider cryptocurrency world.