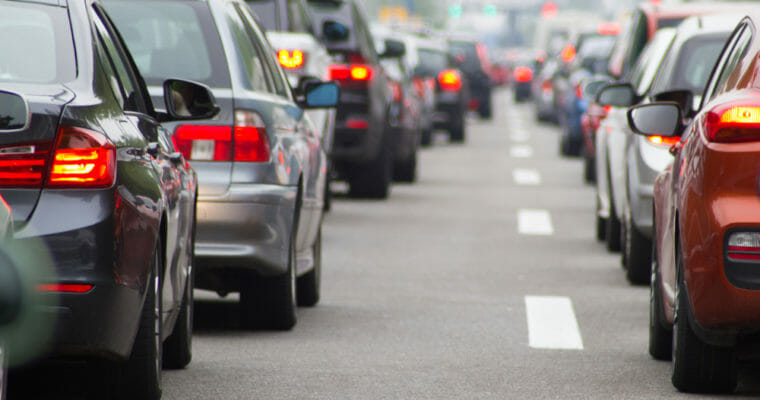 Popular cryptocurrency analyst Willy Woo has observed what many others in the community have overlooked. While this year’s market downturn has shaved off approximately 70% of BTC’s value, the Bitcoin network is quietly gaining scale. It’s a sign of what many blockchain pioneers have been touting during the market downdraft, which is for developers to keep their heads down working without being distracted by the noise that’s surrounding cryptocurrency prices.

Congestion on the Bitcoin network reached 95% last week, but if you were transacting in BTC, you wouldn’t have experienced an uptick in transaction fees, which remain at approximately $0.1 — even for transactions as large as $194 million. Woo tweeted a comparison of the 2017 congestion of up to 85% versus 2018 peak congestion of 95%, illustrating that despite the higher congestion today fees remain “nominal” and below year-ago levels.

“Meanwhile… during the bear market no less… Bitcoin’s blocks peak above 95% full without anyone noticing, the fees and confirm times remain nominal. Bitcoin of 2018 is not Bitcoin of 2017. The protocol is quietly improving.”

The data appears to be based on the 1MB ceiling, though Woo later updated the chart to reflect “witness blocks in the picture.”

According to the Blockchain Council, a 1MB block is equivalent to approximately 2,000 transactions, though the average number of transactions per block is reportedly below that. The adoption of SegWit, which has a 4 million unit block weight ceiling, has expanded the capacity for blocks.

The Bitcoin blockchain has the capacity to perform approximately 7 transactions per second (TPS), which is a far cry from the tens of thousands of TPS that the Visa network can handle. But, as Andreessen Horowitz General Partner Katie Haun recently explained in recent days: “We are in the dial-up days. Architecture hasn’t been built yet to scale-up programmable money.”

In less than two years, the Bitcoin block reward is expected to be halved from 12.5 to 6.25 BTC, which will place a greater emphasis on fees generated by the mining process.

Investors will test the mettle of the network again in Q1 2019, which is when crypto traders like Michael Novogratz of Galaxy Digital predict institutional capital will come off the sidelines.

Meanwhile, as Haun pointed out, like gold, “Bitcoin is a good store of value because it’s easily divisible, doesn’t require a lot of maintenance and [is] hard to counterfeit.” And as it continues to gain scalability, Bitcoin will move closer to Satoshi’s vision of being “a peer-to-peer electronic cash system.”