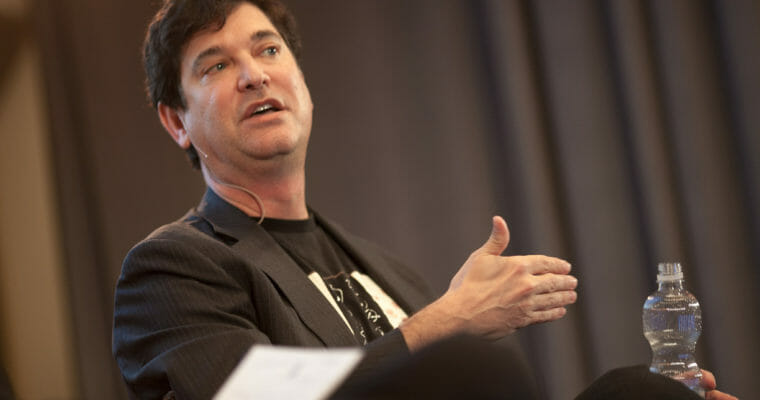 Billionaire investor and venture capitalist Jim Breyer stated that despite a prolonged crypto “nuclear winter,” he still believes that the promise offered by the technology is too great for it to be permanently buried by short-term market movements.

Speaking at the 2018 Fortune Global Tech Forum in Guangzhou, China, Breyer noted that while these are testing times for the crypto investment space, such periods take place in cycles and the current cycle will eventually come to an end.

In a session at the event, Breyer — who has investments in Ethereum and VeChain, as well as crypto startup Circle — referred to the ongoing market situation as an inevitable part of a market process that takes place roughly once every decade. According to him, despite the turmoil associated with crypto assets, blockchain technology has achieved a critical mass of mainstream research and adoption, which makes a future crypto market rebound a near certainty at some point in the future.

CCN recently reported that the plummeting prices of all major coins had affected cryptocurrency mining severely, creating a situation where it is no longer a profitable activity for many small and large-scale miners. Market leader Bitcoin recently fell to a 13-month low, with the total crypto market currently only worth $140 billion — a fifth of its worth as at January 2018 — at press time.

The carnage has significantly affected several stakeholders within the cryptocurrency ecosystem, from investors to traders and startups, including Mike Novogratz’s Galaxy Capital — which recently declared a $41 million loss for Q3 2018, bringing its total losses for the year to $136 million.

Amidst the doom and gloom, however, Breyer says he is unfazed. Drawing on his experience as a venture capitalist — including famously becoming an early Facebook investor in 2005 — he believes that the crypto market will rebound, driven principally by increasing adoption of blockchain technology. According to him, his many meetings with students, entrepreneurs and technologists all over the world is what convinces him that the downturn will be temporary.

“So many of the very best computer scientists and deep learning Ph.D. students and post-docs are working on blockchain because they have so much fundamental interest in what blockchain can mean. You don’t want to bet against the best and brightest in the world.”

Coming from a personality with Breyer’s level of experience and insight into successful investment in artificial intelligence (AI) and human-assisted intelligence (HAI), the pronouncement will come as a minor confidence boost to market participants, as yet another mainstream voice has lent their support to cryptocurrency and blockchain technology following recent comments from Overstock CEO Patrick Byrne describing blockchain technology as having “greater potential than anything ever seen in history.”