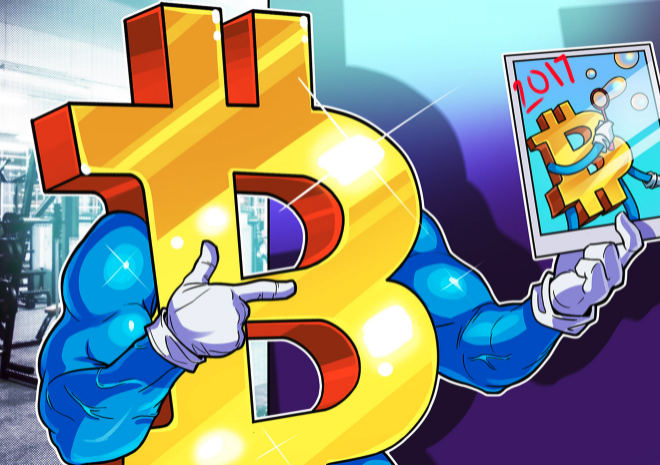 While appearing on CNBC’s Trading Nation on May 9, Mark Yusko compared the rapid adoption of Bitcoin to the growth of FAANG companies — Facebook, Apple, Amazon, Netflix, and Google.

“This is a network and networks grow in an exponential way. This is the fastest network in history to a trillion dollars of value, right on the heels of the FAANGs that took, you know, 15 to 20 years depending on which one you look at.”

Yusko’s price prediction is based on his assumption that Bitcoin will rival gold by “monetary value” – a concept derived from the gold standard where a country’s currency or fiat has a value directly linked to gold. He stated: “If gold’s monetary value is $4 trillion, then digital gold should move up to that total.”

With BTC changing hands for roughly $59,000 and Bitcoin’s market cap at roughly $1.1 trillion at the time of writing, Yusko’s prediction suggests Bitcoin could trade for at least $235,000 in future.

The investment manager predicted Bitcoin will become the base layer protocol for the Internet of value, likening Bitcoin to Transmission Control Protocol/Internet Protocol, or TCP/IP — the standard protocol allowing computers to connect and share data across the internet.

When asked about other protocols or crypto-assets such as Ethereum, Litecoin, and Dogecoin – which have all reached their all-time highs over the past couple of days – he stated there is room for more. However, not a fan of DOGE, Yusko added:

“There are thousands of coins and DOGE is in that category that really are useless, they’re just utility tokens that have no underlying value or use case and they’ll eventually disappear.”

At the time of writing, Bitcoin was trading 1.7% higher on the day at $59,200, Ethereum was at an all-time high above $4,000, but DOGE had crashed after tagging new record highs following a mention from Elon Musk on the Saturday Night Live show.