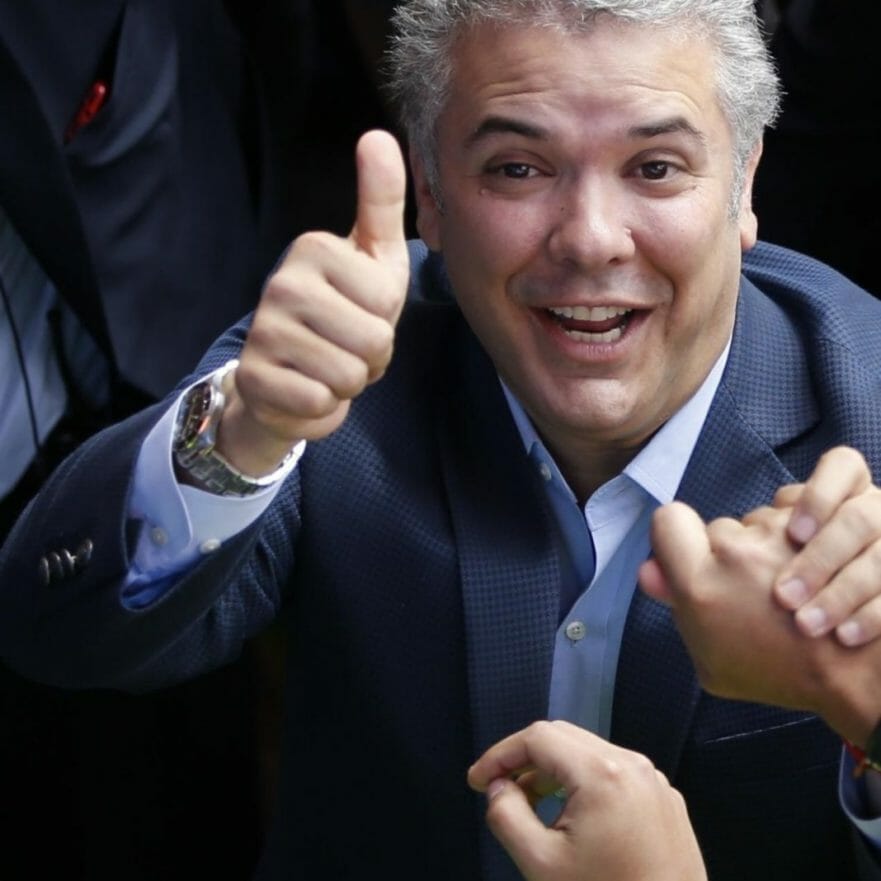 Next Article
Previous Article
“Being a Fintech company,” Mr. Beltrán began, “we received with great enthusiasm [your] promise to promote the development of new technologies in Colombia [….] For this reason, it hurts us that the pressure of the previous government on the banks led them to close our bank accounts, forcing us to stop our operation and taking away from our almost 40,000 clients the possibility of buying cryptocurrencies in a safe and transparent manner.”

Alejandro Beltrán, head of Buda.com, the leading cryptocurrency exchange in Colombia, knows business. Prior to running the largest crypto venture in his country, Mr. Beltrán worked as an administrator in finance for a decade. He is also host of the Spanish language podcast, Calle Bitcoin.

Reports term the occurrences of bank bans spontaneous, a variation on organic, but, whatever the actual case, by summer of this year Buda.com was effectively shut down. Banks in Colombia had decided, seemingly all at once, to cease doing business with any company even mildly related to cryptocurrencies.

“The CEO of Buda,” these pages documented in early June, “Alejandro Beltran, confirmed that Bancolombia, Davivienda, and BBVA have all terminated financial services provided to the exchange via an email sent to customers. Buda also sought to assure customers that their funds are safely protected despite the disruptions to the exchange’s operations.” It’s a tactic used all over the world, and seeing as how most banks are usually in bed with their regional governments, it doesn’t take long to determine which institution is really pulling strings when it comes to such things.

The President Has Positive Things to Say About Crypto

After various appeals, Mr. Beltrán has taken to an open letter, desperate to get some relief at the highest levels of the Colombian government. He chose to name newly elected President Iván Duque. It’s a choice probably due to Mr. Duque’s statements the beginning of the present month on cryptocurrency and financial technology.

As News.Bitcoin.com also reported, “the country’s new president, Ivan Duque, revealed his administration’s commitment to cutting down rent taxes for crypto startups for a period of up to five years. The main motivation behind the proposal is to stimulate the creation of new jobs in the industry.”

And while that seems positive for enthusiasts, “the president also declared his support for exploring the implementation of blockchain technologies in order to improve key sectors such as security, health and also curb corruption by tracking the use of public funds. ‘If we want to overcome corruption, technology can be instrumental. The government must start by setting an example. We take it seriously, we want a modern Colombia,’” explains President Duque in a quoted statement.

Mr. Beltrán wrote, “This letter, Mr. President, is to ask you very kindly and vehemently for your intervention in this great problem in order to reopen our bank accounts. We do not ask for special treatment or exceptions. We only ask to have access to a basic service to undertake, as any entrepreneur who starts with an idea that can have a positive impact on society. For our part, we are committed to continue contributing to the education of new technologies, promoting spaces that empower Colombians to be agents of change and helping in Colombia to develop a healthy and safe cryptocurrency industry.” As of publication, the President has not responded.