Wednesday, Jan. 16 — Cryptocurrency markets are mostly green today, according to Coin360 data. Most of the top 20 coins by market capitalization are up over the last 24 hours, with Bitcoin (BTC) holding firmly above the $3,600 mark.

Bitcoin has stayed above the $3,600 threshold during the day, while its highest price point over the last 24 hours was $3,707. At press time, the leading cryptocurrency is trading at around $3,644, having gained 0.65 percent on the day. 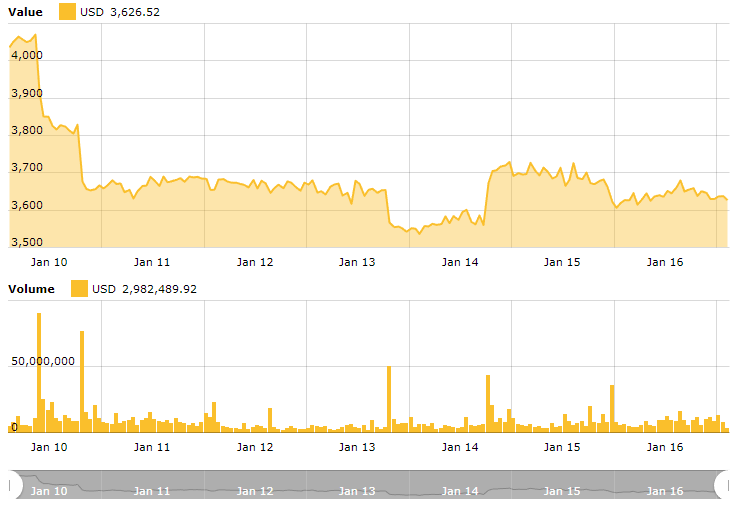 Ripple (XRP) is slightly up as well, currently trading at around $0.33, up by 0.86 percent over the 24 hour period. The altcoin has not registered significant price fluctuations today, generally staying near the $0.33 mark. 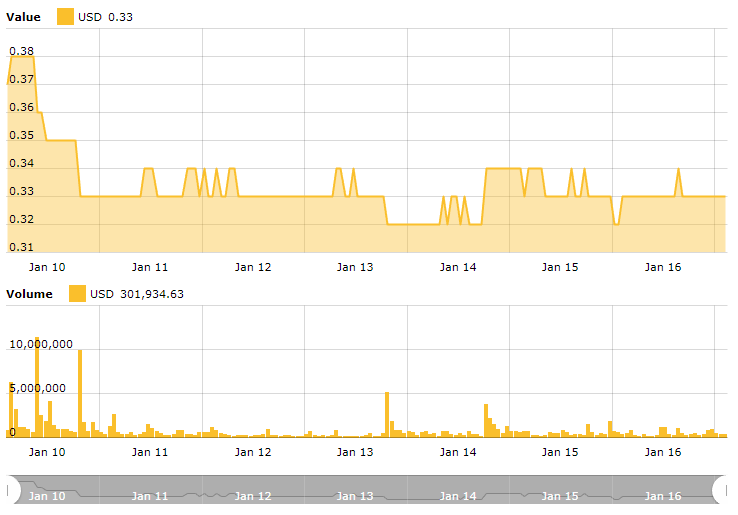 Ethereum’s (ETH), currently the third largest crypto by market cap, has outperformed BTC and XRP by growing by 1.45 percent on the day. The coin is trading at around $122 at press time. On its weekly chart, Ethereum’s lowest price point was $115.16 on Jan. 13, while the weekly peak was reached on Jan. 10, at the $151.94 mark.

As Cointelegraph reported yesterday, Ethereum’s Constantinople hard fork is facing another delay over a newly discovered security vulnerability allowing a reentrancy attack. A reentrancy vulnerability allows a potential attacker to steal cryptocurrency from a smart contract on the network by repeatedly requesting funds from it while feeding it false data about the malicious actor’s actual ETH balance. 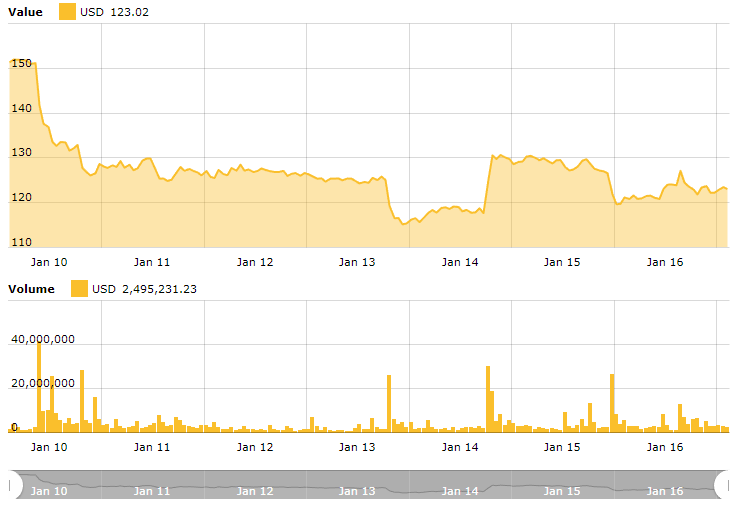 According to CoinMarketCap’s data, 18 out of the top 20 virtual currencies by market capitalization have seen gains ranging from 0.57 to 4.55 percent over the last 24 hours.

Binance Coin (BNB) is the biggest winner, up over 4.5 percent to trade at $6.18 at press time. The only coins that are down among the top 20 are stablecoins USD Coin (USDC) and Tether (USDT), having lost 0.04 and 0.41 percent on the day respectively.

The combined market cap of all cryptocurrencies is now at around $122 billion, down from its intraweekly high of about $123.3 billion.

According to a survey by Credit Karma published Jan. 15, crypto investors in the United States who sold their Bitcoin holdings have lost a total of $1.7 billion. A slight majority of Americans — 53 percent — plan to report their Bitcoin losses for the purpose of tax deductions, while 19 percent are still undecided. The survey also found that 35 percent of the participants that sold their crypto at a loss will not report their losses on their tax returns.

Earlier today, Cointelegraph reported that Russian Prime Minister Dmitry Medvedev claimed in a speech at the Gaidar forum that the massive 2018 bear market is not a reason to bury crypto, stressing that all social and economic phenomena have both a bright side and a dark side to them.