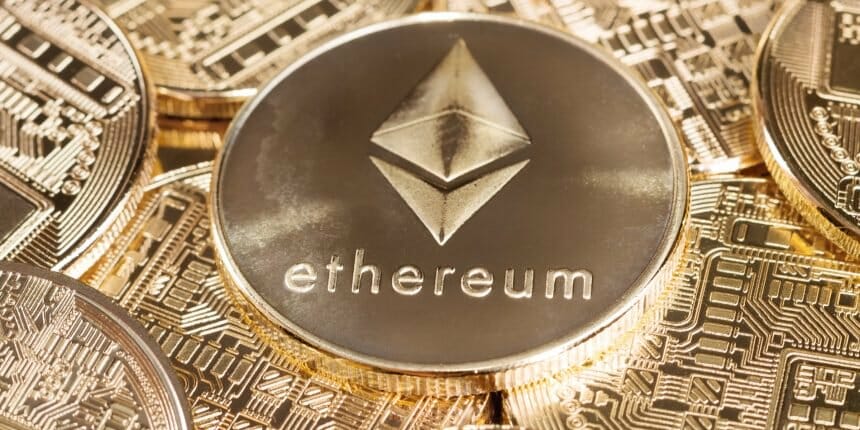 Ether (ETH), the world’s second largest cryptocurrency by market capitalization, has staved off an attempt by the bears to break a two-week uptrend.

The cryptocurrency defended the trendline connecting the Sept. 17 low and Sept. 25 low yesterday, boosting the odds of a bullish break above the recent lower price high of $240.

ETH also briefly dropped to third place in the rankings on CoinMarketCap after a mini-rally by XRP saw it take second place at the start of the month. However, it appears ether is beginning to stage a comeback having quickly regained the second place mantle.

As of writing, ETH is changing hands at $224 on Bitfinex, after bouncing from the bullish hammer seen on Oct. 3.

Symmetrical triangles are continuation patterns that provide an indication of a bullish or bearish break and are dependent upon the direction in trend for the correct signal.

The previous symmetrical triangle, seen Aug. 10–Sept. 5, shows a rapid decline in price after it broke bearish. From there prices recovered after the bulls managed to stem the bleeding, as evidenced by the long bull wick (marked by an arrow)

A drop in total volume over the period, as prices began to consolidate and contract, can also be seen.

The case this time around benefits the bullish view of a breakout due to a small change in the direction of the trend.

For over two weeks now, the bears have been unsuccessful in their attempts to drive prices lower and have briefly lost momentum required to cross the upward trendline, signaling another major move may be imminent.

Looking at the 4-hour chart, we can see how ether recently achieved a 22-day high in total growing volume, levels not seen since prices began to break down toward the end of last month.

A bull cross on the moving average divergence convergence (MACD) is beginning to intersect and confirm a small trend change on the intraday timeframes, likely courtesy of bitcoin’s bullish charge above $6,600 seen earlier today.

While crossing below 0.00 on the MACD does not instill the greatest sense of confidence for the bulls, the signal is nothing to sniff at and should be treated as bullish should the lines cross and close above.

A pullback from the recent pump is most likely as price action cools and traders look to bank a profit but expect a continuation should volume rise significantly post retracement.