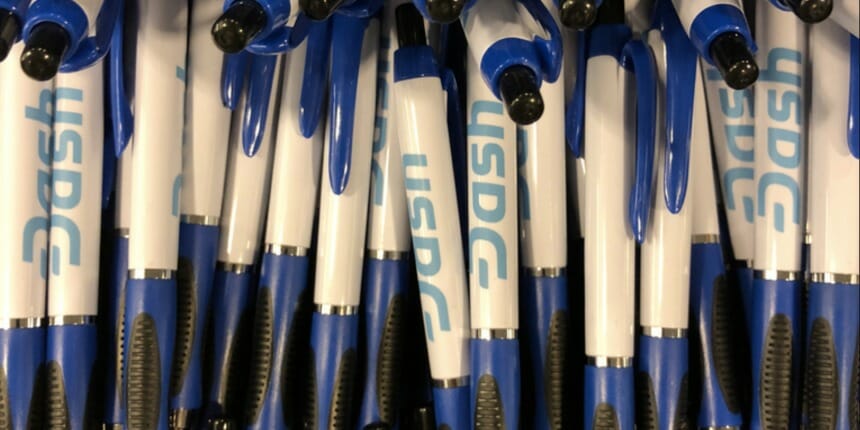 It’s easy to see why Zimbabwean entrepreneur James Saruchera wants to use cryptocurrency to circumnavigate inflation.

As a university student in South Africa, Saruchera dropped classes and worked multiple jobs when inflation in his homeland made it impossible to remit school fees. His parents later lost their savings and pension investments after another bout of hyperinflation.

Yet when Saruchera founded his payments startup in February 2017, after years of researching different blockchain networks, he made what many in the crypto community might consider a surprising choice. He picked dash to be the backbone of the business.

Founded in 2014 as darkcoin before adopting a more regulator-friendly brand, dash is best known for its optional privacy features and boasts a market capitalization in the lower half of the top 20 cryptos. It’s drawn a fair bit of criticism for its cryptography practices and the way the core team has been run as a for-profit venture from day one.

But dash has at least one thing going for it: Its team has figured out how to win over entrepreneurs in the developing world like Saruchera.

His startup, Kuvacash, was seeded with a grant for roughly $550,000 worth of the cryptocurrency from the Dash Treasury DAO, a pool of mining rewards that allows dash fans worldwide to submit proposals and vote on which ideas get funding.

“It’s as close as you can get to a perfectly decentralized, democratic organization.”

Now, he’s getting ready to pilot Kuvacash’s mobile payments app with 100 users in October and negotiating with the government of Harare, Zimbabwe’s capital, to build a dash-powered transit app for an upcoming tram line.

While cryptocurrency adherents have been evangelizing the technology in poorer countries since the early days of bitcoin, few projects if any have done so as aggressively as dash.

The Dash Treasury DAO alone has granted over $33 million worth of dash since 2015, $2.3 million of which went to projects in developing countries such as Zimbabwe, Ghana and Kenya. That number is clearly ramping up as the community shifts strategies. Out of 27 grants in the developing world, 20 of those proposals received funding over the past 12 months. The August 2018 payout alone is expected to give around $920,273 worth of dash, including grants for programs in Venezuela and Brazil.

In addition to providing this startup capital, the project has set it itself apart in these markets by offering support for entrepreneurs, starting with their first transaction and wallet all the way to launching a dash-oriented business. Protocol developers also improve the underlying software based on feedback from such diverse users.

And despite the lingering controversies over dash’s technical infrastructure, these efforts to serve marginalized communities are starting to gain notice.

“I have heard about and admire their outreach,” said Ray Youssef, CEO of Paxful, a bitcoin exchange that focuses on emerging markets.

Boots on the ground

The Dash Core startup, which stewards the dash network, learned people in the developing world can drive adoption on their own when given free capital and technical support.

According to Taylor, dash is seeing the fastest adoption rates in places with high inflation and easy access to mobile phones. So, to maximize growth, the company will focus on hiring more local staff in emerging markets.

“We’re going to be putting a lot more resources into that corridor of countries that exhibit those attributes,” Taylor said.

Beyond funding, grant recipients also engage with Dash Core developers to provide feedback and get support on infrastructure development.

“We have the ability to effect improvements, feedback on certain use cases and how those [insights] can be adjusted at the core platform level,” Saruchera said, adding:

“On-the-ground insight has led to them [Dash Core Group] modeling zero confirmation instant send, increasing the speed and capacity of InstantSend on the network. These high-performance protocol adjustments help lay the foundation to improve dash’s speed even further.”

Meanwhile, Dash Core Group employees often give away small amounts of crypto to users in places like Venezuela.

To be sure, other blockchain projects have used similar tactics in developing countries. Some have rewarded locals for recruiting new users, such as the South African startup Wala, or worked with crypto exchanges to increase access, like the startup behind Zcash did by partnering with AirTM exchange in Latin America. The Ethereum Foundation funds one-off research projects. Some bitcoin projects are donating crypto to groups in the developing world.

But dash is doing all of the above, and starting to get some results. Take, for example, Venezuela, where according to the Dash Core Group, hundreds of merchants are now transacting with dash thanks to local advocacy programs. These ambassadors literally walk up to Venezuelan businessmen and convince them to start using dash.

“We’re going to be rolling out a plan for Latin America more broadly,” Taylor said. “Venezuela has become our second largest market.”

Yet these Venezuelan users aren’t necessarily joining the broader crypto community. One such merchant in Caracas, food truck entrepreneur Alejandro Valderrama, told CoinDesk he hasn’t learned about any other blockchain technologies or engaged with the dash community beyond his own customers and dash ambassadors.

To be fair, a dash saleswoman introduced Valderrama to digital wallets this July, so he’s quite new to the scene. Now four or five customers a day now buy Valderrama’s food with dash, worth up to $7 per transaction, adding around three percent to his overall revenue. He hodls without converting into fiat or seeking any significant funding from dash organizations.

Valderrama described dash as a “strong currency,” the best way to hedge against the devalued bolivar.

Critics say the dash model artificially restricts supply with misaligned incentives since node operators and miners share fractional profits. Plus, it is far more expensive to operate a dash node than a bitcoin node, which some say hinders the network’s decentralization.

“If people convert their dash into something that has a higher probability of lasting for a longer time, that’s great. But if they don’t, they will be scammed or lose all their value and hate all crypto going forward.”

Bitcoin is more secure and decentralized than dash’s experiments, Vays said. Bitcoin may not accommodate low-value transactions yet, but onboarding merchants with a dash-only digital wallet troubles Vays.

When asked about the risks of promoting an altcoin to unsophisticated consumers, Venezuelan business development lead Alejandro Echeverría, head of the Dash Merchant program, pointed to dash’s educational efforts. These include monthly events drawing 500 attendees in Caracas and “Dash Youth” lectures at high schools and universities.

“We are focused in Dash exclusively and we want people really use it as a daily currency,” Echeverría said.

On the other hand, Tricia Martinez, CEO of the ethereum-powered Wala, told CoinDesk hiring local ambassadors to promote a single digital asset is the norm in emerging markets. Gathering feedback from novices is also invaluable to developers abroad, as is hands-on cooperation from sophisticated users like Saruchera in Zimbabwe.

“These consumers need to be on our team,” Martinez said. “They need to be building.”

As for the criticism about expensive nodes, dash node operator Eric Sammons wrote a blog post that running such software is simply a job that requires collateral as a prerequisite. And in response to criticisms of mining and other technical aspects, the Dash Core Group published a statement that dash is a work in progress able to “deliver innovations” without venture capital or a token sale because investors and users decide for themselves whether to support the project.

Since there’s no substitute for giving people tools to help themselves, dash adoption may deliver the most impact in places where entrepreneurs run their own experiments with support from technical experts.

Starting in October, Kuvacash will run a pilot with roughly 100 users to test the mobile app’s remittance, merchant payments, and peer-to-peer money transfers.

“Not just in stores, but also in informal trading settings like a person selling tomatoes or bananas at a market,” Saruchera said. “If the person that they are sending funds to doesn’t have a smartphone, just a feature phone, we can allow them to get a reference number so they can go to our agents and cash out that way.”

Following the hyperinflation cycles over the past decade, most Zimbabweans use imported U.S. dollars because they no longer trust local bonds or banks. So, Kuvacash got a license to import dollars and is now deploying local agents who can help users cash out in person for fiat bills as needed.

By 2019, Kuvacash aims to offer both peer-to-peer payments and crypto-powered transit accounts through the same wallet app to anyone in Harare who wants to use dash. Representatives from the municipality of Harare confirmed they are negotiating a transit deal with Kuvacash, although it is not yet finalized.

If all goes according to plan, commuters will use the mobile app pay for tram rides with dash, which Kuvacash will promptly convert back into U.S. dollars for the tax collector.

At the moment, it’s difficult to regulate public transit in Zimbabwe, in terms of price gouging, safety, and taxation, because vehicles are mostly operated by individual drivers and owners. Transparent blockchain records of tax revenue could be especially useful for establishing trust in a country fraught with accusations of bureaucratic corruption.

“Poor people, they can spend as much as 50 percent of their income on travel,” Saruchera said, adding the new metro would offer reliable transportation for less than $0.50. “If we can help fix this, then we can exponentially increase their quality of life.”

Source: Even If It Fails, Dash Could Have a Lasting Impact on Crypto Adoption – CoinDesk