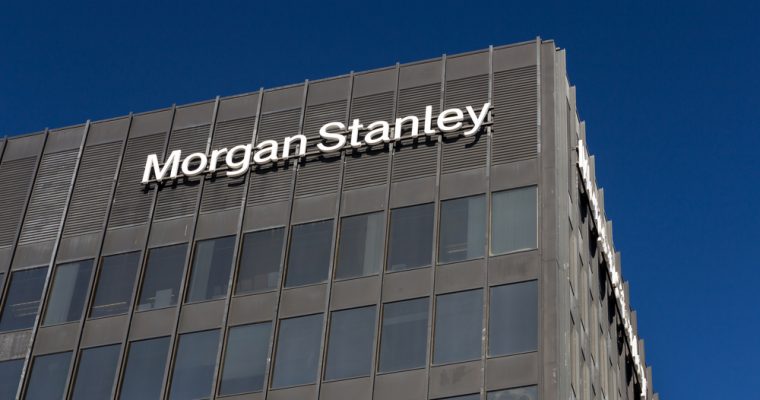 There is a rapidly growing interest in bitcoin and other cryptocurrencies among institutional investors while there seems to be lethargy in the number of retail buyers operating within the space.

As such, bitcoin and altcoins now constitute a new institutional investment class since 2017, according to new research from major US bank Morgan Stanley.

The findings underscored the researchers’ observation of what the report described as the rapidly morphing thesis of the market, covering evolving perceptions of bitcoin since it was introduced into circulation as “electronic cash” in 2009.

In 2009, bitcoin came into reckoning as a viable alternative to the big banking cartels after it was first issued through open-source software. It attained a cult-like following, and by 2012, it was in the spotlight of mainstream news as the means of transaction in the online black market infamously referred to as the Silk Road marketplace. Its growing market capitalization drew the attention of entrepreneurs, tech-oriented individuals across the globe, activists, journalists, and blockchain-based crypto initiatives followed in their droves.

Bitcoin has been able to provide a decentralized payment mechanism which employs the use of a distributed ledger. While it appealed to some as a novel system capable of disrupting existing business models, it also proved to be a veritable tool for facilitating new economic relationships and linkages. As a digital currency, its distributed ledger makes it easier to process retail payment transactions such as e-commerce, person-to-person payments, and cross-border transactions with lesser costs and logistics attached when compared to what is obtained in financial institutions.

While it is still widely regarded as a speculative investment, it is already being used as a store of value and has been touted as a potential means of payment in the next decade. Dr. Zeynep Gurguc from Imperial College London has said that the criteria which need to be fulfilled for it to be fully incorporated into the payment systems include: scalability, usability, regulation, volatility, incentives, and privacy.

The report highlighted developments such as the recording of all transactions on a permanent ledger, the emergence of novel and cheaper technologies than bitcoin, volatility in the market, the volume of hacks, and hard forks as concerns which have affected the bitcoin ecosystem.

In view of this, the prevailing bear market coupled with the decline in price predisposes bitcoin and altcoins as a “new institutional investment class,” and this has been the trend in the last year.

The study cited the new crypto services division of Fidelity, investments in crypto firms such as Binance, and regulatory approvals as evidence of the increased participation of financial institutions lending credence to the market thesis.

According to the Morgan Stanley Research, some of the bottlenecks faced by clients who were interested in investing in the cryptocurrency industry include regulatory disparities, the absence of regulated custodial solutions, and the lack of formidable financial institutions operating in the industry.

The report also recorded the gradual rise of fiat-pegged crypto stablecoins, which more or less began in 2017 but has quickened this year. The decline in cryptocurrency prices elicited an increase in the share of BTC trade volumes taken by USDT. Exchanges were used to trading crypto for crypto with relatively few involved in the trade of crypto for fiat.

The research, however, does not see all stablecoins surviving on the long-term. Those who would survive will most likely have relatively lower transaction costs, very high liquidity, and a clear regulatory structure.