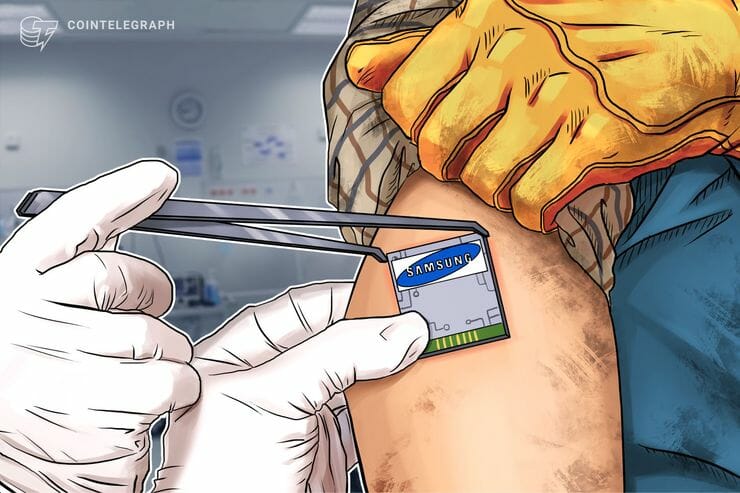 Samsung’s production wing, Samsung Foundry, has launched a new production process of its 7-nanometer (nm) Low Power Plus (7LPP) process node, which could reduce its energy consumption by up to 50 percent, according to an official press release Oct. 18.

The new process, based on extreme ultraviolet (EUV) lithography technology, makes the new 7LPP chips more dense (area efficient) and energy efficient. This could have positive implications for crypto miners usings Samsung’s hardware, as energy costs prove to be a critical factor in the industry’s profitability.

As mining hardware develops at a rapid pace, chips continue to become smaller and more efficient. In April, Samsung manufactured 10nm hardware for Halong Mining’s DragonMint T1. According to Samsung, the new EUV-based 7LPP process node is a big push of Samsung Foundry’s technology roadmap, and could pave the way for 3 nm technology node semiconductor manufacturing.

Samsung states that 7LPP will enable a technological push in artificial Intelligence (AI), the Internet of Things (IoT), networking, automotive, 5G, and enterprise and hyperscale datacenter.

While Samsung did not disclose the names of the first customers to use the new 7LPP manufacturing technology, the firm implied that the first chips to use it will target mobile and high performance computing (HPC) applications.

Charlie Bae, Executive vice president of foundry sales and marketing team at Samsung Electronics, said that the introduction of the new EUV-based 7LPP node is a revolutionary milestone in the semiconductor industry. He stated that the “fundamental shift” of wafers manufacturing will be an “optimal choice not only for mobile and HPC, but also for a wide range of cutting-edge applications.”