In anticipation of the release of the PulseChain mainnet, this article presents the project and the recent developments of its testnet. The release of PulseChain will provide cryptocurrency holders with a network that is more energy-efficient, with lower fees and higher throughput than Ethereum. More importantly, all Ethereum users will receive a free copy of their ERC-20 tokens in the Pulsechain network, with no KYC required.

The recent updates and releases of the Pulsechain testnet (currently in version V2b) represent an essential step forward for the PulseChain project and underscore the commitment of Richard Heart and its team to building a world-class blockchain platform.

Pulsechain is a new blockchain created as a hard fork of the Ethereum network. At launch, PulseChain will have all the information and data stored on Ethereum. This information includes all data stored on ERC-20 tokens including NFTs, smart contracts, addresses, transaction history, etc… At its release, PulseChain will be the largest airdrop in the world for ERC 20 token holders and founders of Ethereum based projects.

Without KYC, all Ethereum users will receive a free copy of their ERC20 token on PulseChain.

Richard Heart, founder of the Hex project, believes that by forking the Ethereum blockchain he can provide a more community-driven network with faster transaction times and lower fees. This compelling pledge resonated with a large number of participants. During the PulseChain Sacrifice phase, more than 41,810 wallets sacrificed 670 M US Dollars in total value in various cryptocurrencies and stable coins. Additionally, the PulseChain sacrifice phase also helped raise 27 Million US Dollars for the SENS Research Foundation, funding anti-ageing and cancer research.

The Pulsechain network also provides 0% inflation for its native token, $PLS. In addition, PulseChain will offer a rewards system for users who contribute to validating the network. To achieve this, Pulsechain enlists the help of validators, who earn fees for their services. PulseChain’s native token $PLS can be staked and delegated to validators that reward the delegators with the largest percentage of fees. Finally, 25% of each transaction fee is burnt to reduce the circulating supply of $PLS, creating a positive price pressure. As a result, Pulsechain can maintain 0% inflation while still providing rewards for its validators. 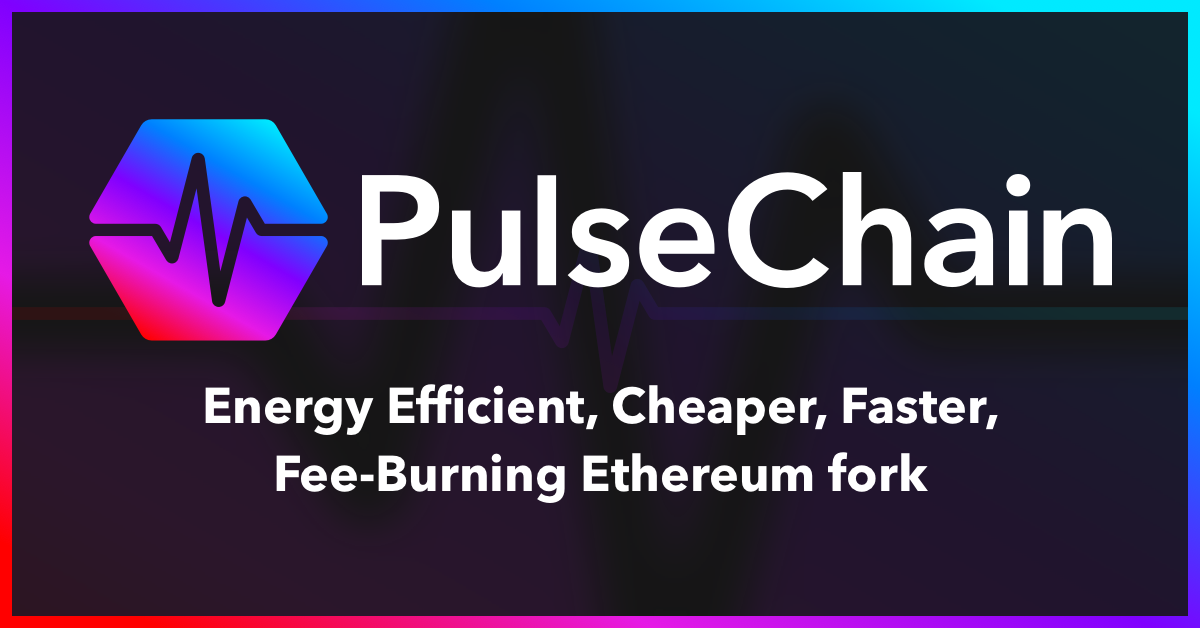 “Mainnet” (Main network) and “testnet” (test network) are terms used in blockchain ecosystems to describe two different kinds of networks environment, both with critical functionalities. The mainnet is responsible for executing actual transactions within the network and storing them on the blockchain for public use. In contrast, the testnet provides an alternative environment that mimics the mainnet’s functionality to allow developers to build and test projects without needing to facilitate live transactions or the use of cryptocurrencies, for example.

Currently, the third version (v.2b) of the PulseChain Testnet is up and running. This version includes:

Instructions on how to connect to the PulseChain Testnet are available on the project Github (instructions here).

Pulsechain is a faster, more energy-efficient and more affordable version of the well-known Ethereum blockchain. PulseChain relies on a Proof-of-Staked-Authority (PoSA) consensus mechanism, which is a combination of Delegate Proof of Stake (DPoS) and Proof of Authority (PoA).

Delegated Proof-of-Stake (DPoS) is a consensus mechanism where users of the network vote to delegate specific nodes that will verify the next block. Using DPoS, users of the network can pool their tokens together and link them through an individual validating node. This process doesn’t involve transferring token ownership from the original wallet owner but rather utilizing services provided by the PulseChain Smart Contract.

The PulseChain network only requires 33 validators to run. The PulseChain protocol defines which validators are selected to validate the block. Once elected, validators receive the transaction fees from the validated block, and that reward is then shared with the users who pooled their tokens in the validator pool. The rewards are split based on each user’s stake share within the pool. PulseChain’s delegate-based system provides a way to securely and efficiently validate blocks and rewards users who participate in the network.

This validation mechanism is also known as the Parlia consensus engine. This consensus model is also used on the Binance Smart Chain and enables a short block time and low fees. It also gives users the power to protect PulseChain from malicious attacks. $PLS token holders can lock up their $PLS to become a validator or delegate their tokens to their favourite validators. The 33 biggest $PLS holder wallets can become a validator, and all other $PLS token holders can charge their tokens to available validators.

The third version of the PulseChain Testnet is now live and includes features such as validator rotation, registration, and staking. As with former versions of the PulseChain testnet, users can connect their MetaMask wallet to view their $PLS and $PLSX token balance. The PulseChain team has been working hard to improve the network, and they are committed to providing a high-quality product.

More information on PulseChain is available on their website, accessible here. You can also join the Telegram group to stay informed of the project’s latest developments.