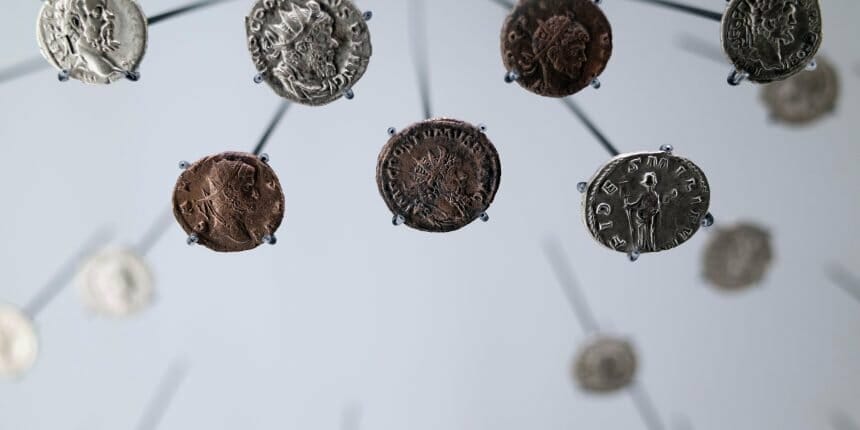 There’s a fight going down on crypto Twitter right now.

But while that fact alone should come as no surprise, this time the bout is a bit more notable given it’s between a number of cryptocurrencies using so-called masternodes. While the term is flexible, generally speaking, masternodes are defined as computers on a network – staked with tokens – that perform additional work besides just helping run the software that governs a given cryptocurrency.

The mechanism, while an older idea, is starting to gain some traction with significant projects such as ZenCash (now Horizen), Gold Poker and Zcoin using the masternodes. Plus, other projects – EOS and Tezos, for instance – could likely refer to the participants that verify transactions as masternodes (though they don’t).

The Twitter battle, though, is all in good fun (mostly).

At its heart, the months-long contest pits pairs of tokens that use masternodes up against each other to test sentiment and name recognition, all using fairly simple, straightforward SurveyMonkey dialogues. Its instigator is Brian Colwell, a blogger and consultant to crypto startups, and he’s amping up the drama around it.

“We’re running it like a martial arts tournament, but it has devolved into eye gouging, brass knuckles,” he messaged CoinDesk over Twitter.

Colwell’s metaphorical “eye gouging” and “brass knuckles” mostly take the form of supporter exhortations over email lists and social media, with the odd fun gif. But it’s true that many of these projects are in it to win it.

Called “#MasternodeMeBro18,” the tournament, which tests which projects can best rally their community, started July 3 and will run through October 28.

Down from an original list of 64 coins that use masternodes, the tournament just finished its third round where 16 tokens paired off against each other. The round brought in a total of 11,416 votes across all the matchups. And looking at the hashtag on Twitter shows that a lot of the projects are working to turn out their followers to support their tokens.

In fact, the fight got so fierce that some of the matchups in this round showed evidence of vote tampering. Colwell’s partner, OmniAnalytics, detected multiple votes from some IP addresses, so they re-ran the impacted battles in a one-day “sudden death” rematch that closed Tuesday.

The fourth round of the contest started on August 28.

So, what’s with all the interest in masternodes all of the sudden?

According to industry observers, including Colwell, the masternodes approach allows participants in the network to earn income that’s above and beyond token appreciation. This passive income is what led Colwell to not only become interested in masternode projects but to organize the tournament.

“I have always been interested in communities with an interest in yield. You’ve got to find a way to make money all the time.”

This idea originated with Dash (formerly “Darkcoin”), which needed masternodes in order to help run its privacy enhancing features. By staking some tokens and making a computer available to the network, users with a long view of Dash earn an income on their stake, in the form of fresh tokens.

To participate as a masternode then, a user will need to make an upfront investment in coins and in equipment.

“Running a masternode incentivizes people to buy up the supply and lock them up for longer periods of time, thus reducing the coin velocity,” Sid Kalla of the blockchain consultancy Turing Advisory Group told CoinDesk.

Yet, the funds required aren’t insurmountable. In this way, running a masternode is like hobbyist bitcoin mining back in the day, when individuals could mine bitcoin and still turn a profit.

Colwell told CoinDesk that he runs 20 masternodes himself.

“I feel like it gives me more control on a daily basis to decide what I want to do with my coins.”

By earning tokens from his tokens, he has something to sell when the price swells and a way to stay ahead when the market is down.

Most token-based startups that have a masternode feature rank in the small- to mid-market capitalization ranges (Dash being an obvious outlier, with a $1.3 billion market cap), and in a way they bring back the days when a regular person could participate in running a protocol without much upfront investment.

Pricing what node to master

But it’s not just that easy; there are metrics to keep in mind.

In looking at participating in a given project, Kalla said that buyers should make sure they will earn more than it will cost them to run the computations required. “The rewards should also exceed the inflation rate,” he said.

But the most important variable is how valuable the token itself is.

“There is no point in holding something for 10 percent gains a year in its native token if it is going to fall by 90 percent against bitcoin,” Kalla continued.

Masternodes.Online is a site that makes it easy to see what the upfront costs and returns are for different masternode projects. Usually, masternodes have very high rewards (100 percent per year is not unusual) in their native token, in order to make up for their market volatility.

For example, if a masternode offers 10 percent rewards on a stake of 100 tokens, a user should get 10 new tokens annually.

Here are some examples of basic stats of some different masternode tokens:

Colwell estimated that a reasonable starting price to buy a stake of tokens to run a masternode ranges from $2,500 to $5,000 in tokens.

But “price” might not really be the right word, because the necessary tokens to stake aren’t lost. A masternode just needs to lock them up for as long as the operator wants to receive rewards.

Other kinds of income

On top of the rewards for maintaining the network, Kalla also pointed to token projects that can earn more than one kind of reward. And while many masternode-using projects are a bit more underground, the idea is starting to gain more traction.

For instance, Swarm Fund, the Techstars alum which raised $5.5 million in an ICO, launched a masternode program in August. Already, 9 percent of the token supply has been staked by interested masternodes, according to a recent update from the company. The idea behind the project was to allow people to invest in projects for which the upfront cost is typically too high.

So, in addition to validating transactions, Swarm’s masternodes will decide where to invest part of Swarm’s token reserve (later sharing the returns on those investments). The theory here is that returns on managing consensus will be higher early on and the investments will pay off later, giving participants an incentive to get in early and stick around.

Another startup, Eximchain, an FBG and Kinetic Capital-backed blockchain-based supply chain management push, is expected to launch its own masternodes soon.

For that network, it won’t be enough just to stake to become a masternode. Instead, after completing know-your-customer (KYC) requirements, potential masternodes will have to be voted onto the network by other members of the chain – marking an unusually high bar for the process.

But deciding who else gets to be a masternode on the Eximchain network is one of the most important pieces of work its masternodes will do. Those who participate in voting have to put up funds proportional to their conviction in the vote. Then all those funds get shared among the nodes that voted, creating another form of revenue.

These kinds of extra earnings for participating in a blockchain network are something Kalla said those interested in being masternodes should look for.

And just as money makes masternodes an enticing idea, for masternode projects themselves, Colwell’s contest is starting to look more attractive, too.

At first, the prize for coming out ahead in the contest was at most PR and bragging rights, but that’s changed. Real stakes have started to accrue for projects that perform well. Not from Colwell himself, but from a new startup called Kalkulus.

The startup was created to give users a way to run masternodes without actually needing to manage the computing themselves. So if a user holds stake in a particular token, Kalkulus will run the computations.

Yet Kalkulus only provides this service for so many projects. Not only does integration bandwidth get in the way but also they likely want to be choosy with their integrations so they’re seen as only offering the best projects.

As such, the company promised to provide the service to the four projects with the most votes in the third round – which were Solaris, Deviant, Phore and Rupaya.

As a masternode-as-a-service-type offering, many projects will likely want to be listed on the platform since it lowers the barrier to entry for participants in the network.

Like investors looking to buy tokens in a presale, companies like Kalkulus need signals to help them decide which tokens to provide the service for, and that’s what Colwell’s contest has become.

Source: The Fight Over Masternodes: The WTF New Way to Earn Money With Crypto – CoinDesk