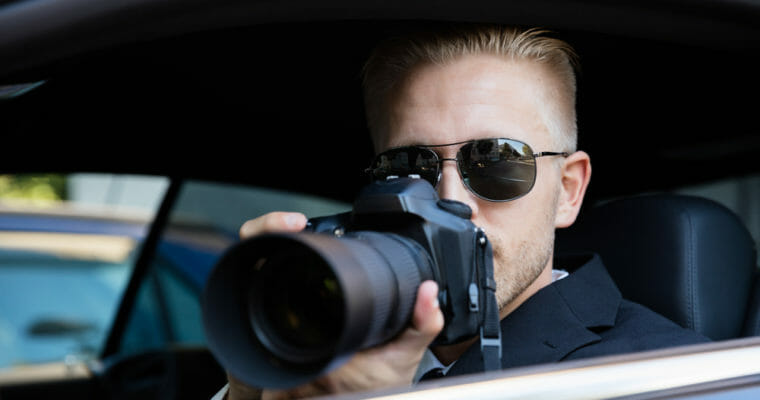 Though there are tools and even individual cryptocurrencies that purport to allow users to send funds anonymously, the vast majority of cryptocurrency users leave enough of a trail that, equipped with the right tools, investigators can determine to whom a particular wallet belongs.

Once a cryptocurrency user exposes their pseudonymous cryptocurrency address to a service or individual who could identify it as belonging to their real-world identity, they run the risk of having their entire wallet (and any other of their wallets with which that wallet has transacted) exposed as belonging to them — once a blockchain forensics expert takes the time to aggregate the data.

Frequently, these privacy lapses occur when a user deposits or withdraws funds at a cryptocurrency exchange that requires users to undergo identity verification, though they may also be the result of posting their cryptocurrency address online under their real name or an identifiable pseudonym, or even transacting with someone else who has been unmasked.

Unsurprisingly, the top spender among U.S. government agencies is the Internal Revenue Service (IRS), which is responsible for collecting federal income tax. The IRS has signed nine contracts with cryptocurrency forensics providers, together worth just under $2.2 million and representing 38 percent of the government’s total spending on these services.

CCN reported last year that the IRS had contracted with blockchain-tracing firms to help unmask investors who have not been accurately reporting their cryptocurrency investment income on their tax returns, and the agency has subsequently ramped up enforcement of alleged violations related to this asset class, even going so far as to take Coinbase to court in an effort to force it to hand over customer data.

However, the second-largest spender in the U.S. government comes as much more of a surprise. One might expect that either the Federal Bureau of Investigation (FBI), Drug Enforcement Agency (DEA), or Securities and Exchange Commission (SEC) would be the agency next in line in spending on tracking cryptocurrency use.

Instead, the second-largest blockchain analytics client was Immigration and Customs Enforcement (ICE), who enforces the government’s immigration policies and investigates criminal activities involving foreign nationals living in the United States. ICE had taken out nine contracts amounting to $1.5 million, while the FBI came in third with 12 contracts worth more than $1.1 million.

Meanwhile, the SEC, which polices the securities markets and has filed charges against a variety of cryptocurrency fraudsters and initial coin offering (ICO) operators, has spent less than $185,000 on tracing the flow of funds.

Notably, spending has ballooned in 2018, even as the cryptocurrency market has declined around 70 percent from its all-time high and interest among retail consumers has waned.

Per the report, Chainalysis is the preferred blockchain analysis contractor of the U.S. government, having received $5.3 million — 93 percent — of the $5.7 million paid out to these firms.

These lucrative government contracts have also made blockchain-tracing firms increasingly attractive to investors. Startups operating exclusively in this field have collectively raised nearly $29 million. The most well-funded firm — once again Chainalysis — has raised more than $17 million by itself.