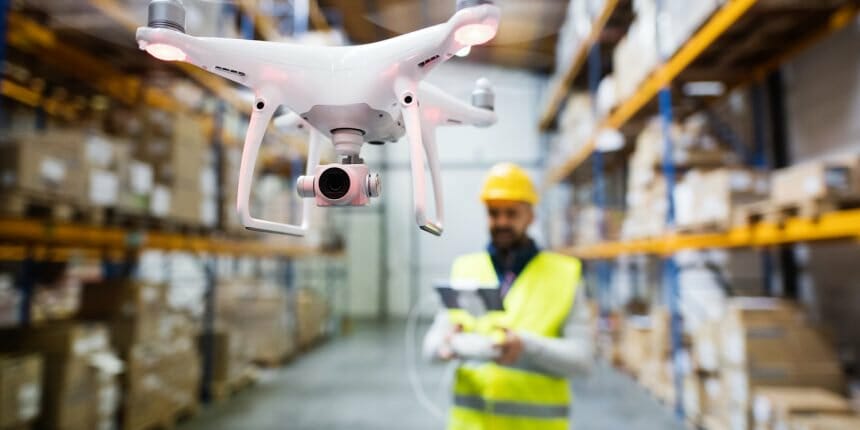 Walmart’s recent patent efforts have showcased how the retail giant is investigating blockchain, and a new filing points to a focus on autonomous delivery drones.

The application was published on August 30, detailing a system by which “autonomous electronic devices” communicate with each other wirelessly and pass transported objects to each other after an identification process.

After one drone travels to a specific spot where another one is located, they exchange authentication signals using “blockchain keys,” and if the first robot successfully recognizes its “co-worker,” it passes it the package. Drones would rely on a database of delivery information stored on whichever blockchain the company is operating.

To identify each other, robots use can use a variety means to actually send signals from one to the other, including RFID codes, QR codes or ultrasound, the patent filing says.

Further, each of the delivery robots can be kitted out with unique features in order for it to be easily identified by other drones.

Per the filing, the use of automated technology is envisioned as a way to reduce the times at which elements of the delivery process have to be “trusted.” Indeed, Walmart argues that the fact that consumers would have to trust the delivery of their goods to flying machines “raises challenges related to security” and requires a reliable system of identification for the drones.

The blockchain system described in the filing comprises “a plurality of nodes configured to generate computational proof of record integrity and the chronological order of its use for content, trade, and/or as a currency of exchange through a peer-to-peer network,” the document says, and “each node works on finding a difficult proof-of-work for its bloc.” Smart contracts also can be built into this framework, according to Walmart’s team.

Walmart has been actively working on various blockchain solutions for its business and recently applied for patents related to the management of smart appliances and delivery control, among others.

Drone in a warehouse image via Shutterstock