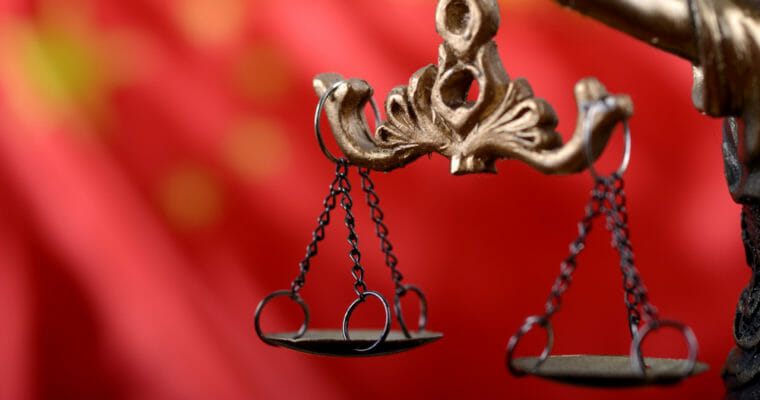 This follows the publication of new rules by the Supreme People’s Court of China which state that blockchain records will now be admissible in court. According to the South China Morning Post, internet courts which have been set up with a view of handling internet-related legal disputes will now be in a position of recognizing digital data as evidence upon verification by methods that include among others blockchain, time stamps and digital signatures.

An announcement by the Supreme People’s Court stated the following:

“Internet courts shall recognize digital data that are submitted as evidence if relevant parties collected and stored these data via blockchain with digital signatures, reliable timestamps and hash value verification or via a digital deposition platform, and can prove the authenticity of such technology used.”

The development was, however, not entirely unexpected. Prior to the release of the new rules, China’s first internet court which was set up in Hangzhou, a city in Zhejiang Province, ruled three months ago that evidence which has been authenticated using blockchain technology is legally binding.

The use of blockchain records as evidence admissible in court in China is also not exactly a world-first. Two years ago, for instance, the U.S. state of Vermont signed a bill into law allowing digital records registered on a blockchain to be self-authenticating after passing some rules governing evidence.

“A digital record electronically registered in a blockchain shall be self-authenticating pursuant to Vermont Rule of Evidence 902, if it is accompanied by a written declaration of a qualified person, made under oath, stating the qualification of the person to make the certification…” states Vermont’s Conduct of Trial rules.

And towards the end of last month, the British government revealed plans of running a blockchain trial which would see digital evidence stored on a blockchain. As CCN reported at the time, the decision was taken in order to assist in reforming U.K. courts with blockchain technology expected to create a tamper-proof custody and audit trail in evidence management. The pilot project is currently being undertaken by various agencies including Her Majesty’s Courts and Tribunals Service.

The use of blockchain records as evidence admissible in court in China comes at a time when both the public and the private sector in the world’s second-largest economy are aggressively pursuing the decentralized ledger technology. China’s largest online retailer Alibaba, is for instance now estimated to have filed more than 10% of the blockchain patents in the world. The Chinese government has also prioritized blockchain technology in its current economic development plan alongside other nascent technologies such as AI and quantum computing.

Source: Blockchain Records Will now be Accepted as Legal Evidence in China