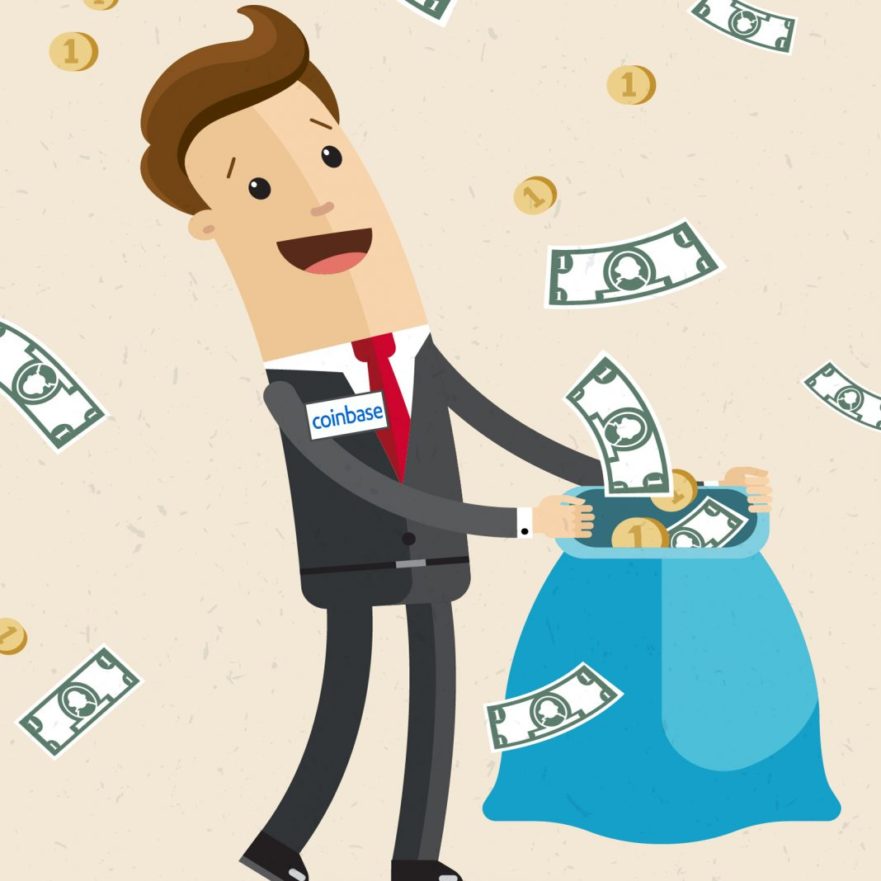 The San Francisco-based cryptocurrency exchange and brokerage service Coinbase announced on Tuesday that it had raised $300 million in series E equity funding. This latest round confirms Coinbase’s status as the largest cryptocurrency organization of its kind, bringing its market valuation up to $8 billion.

Coinbase has raised more money this month after raising $100 million in August in a series D funding round. The company announced on Oct. 30 that the corporation has secured another $300 million from various venture capital investors. The companies who participated in the series E round include Polychain Capital, Y Combinator Continuity, Wellington Management, and Andreessen Horowitz. According to the company’s blog post, Tiger Global Management led the latest Coinbase investment round.

“We’re pleased to announce that Coinbase will add an additional $300 million of investment at a post-money valuation of over $8 billion to accelerate the adoption of cryptocurrencies and digital assets,” explained the San Francisco company’s blog.

The exchange details that the new funding will be dedicated to expanding services across the globe and that Coinbase plans to “lay the groundwork” to support “thousands” of cryptocurrencies in the future. The cryptocurrency service also detailed that it plans on enticing more institutional interest towards the digital asset economy by bolstering the company’s custody offering. Coinbase just received a trust charter from the New York Department of Financial Services on Oct. 23 which will help them build a standalone entity called the Coinbase Custody Trust Company.

The cryptocurrency exchange also discussed how it recently added the USDC stablecoin and plans to add more “utility applications for crypto” in the future. Coinbase further emphasized that with the new series E funding they will remain “a crypto-first company.” Coinbase has performed well within the cryptocurrency economy since its inception in 2012, gathering roughly 44 investors and seven large funding rounds.

There are a few other online digital currency platforms that will compete with Coinbase in the U.S. One such competitor could be the new startup Voyager backed by Uber co-founder Oscar Salazar. There’s also Circle Financial, another unicorn cryptocurrency business that’s raised $246 million to date. After the recent funding round, Coinbase has now raised a total of $525.3 million and the company has reassured the crypto community that the money will be well spent towards spreading cryptocurrency adoption worldwide.

“We see tremendous promise in crypto to build the next great phase of the internet (often referred to as Web 3), which has the power to put control back in the hands of consumers, unleash a new era of innovation, and offer greater access to economic opportunities to more people around the world,” Coinbase concluded.