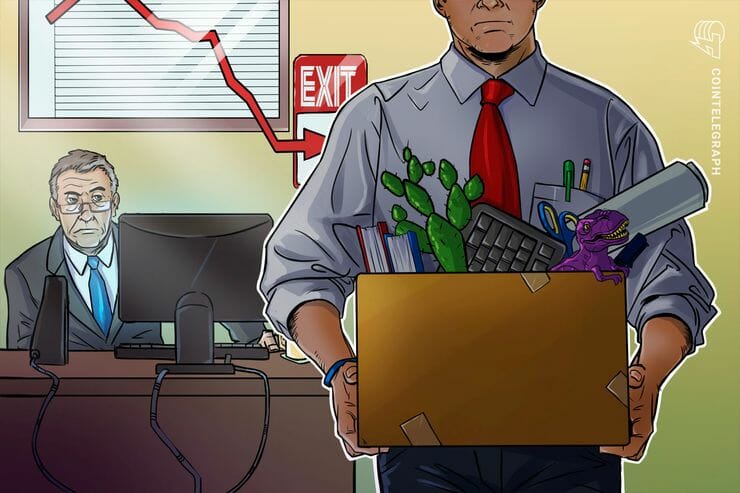 Recent layoffs at blockchain software technology company ConsenSys did not exceed 10 percent of staff. The company’s Executive Director of Enterprise and Social Impact Vanessa Grellet spoke to Cointelegraph about the recent developments at the Crypto Finance Conference in Switzerland on Jan. 18.

Grellet said that the staff cuts were a “natural movement” and mainly affected support staff, while developers and technical employees were largely unaffected. She said:

“I’ve been at the company for two years and a half. When I joined it, we were 60, and we grew to a company that has 1,200 employees all over the world. The way we hired people was related to where the opportunities were, projects etc., and we grew a little bit fast.”

Grellet also said that dismissals can be treated as part of the “natural evolution” of ConsenSys, as the crypto space matures and “not related to any price change.” She compared recent layoffs to similar processes in big financial companies she worked for, stating that they restructured every two years as the companies grew.

Discussing her previous working experience at the New York Stock Exchange (NYSE), Grellet said that traditional markets and the crypto industry are each on a “very different level of maturity.”

When asked about signs of crisis in blockchain industry and criticism of ConsenSys not being able to deliver on its promises, Grellet said that she still sees huge interest in blockchain technology. Grellet added that ConsenSys has accomplished several projects that have moved crypto adoption forward.

In December, anonymous sources stated that ConsenSys could lay off up to 60 percent of its staff as the blockchain space has become more competitive and “crowded.”

ConsenSys founder Joseph Lubin later stated that ConsenSys “remains healthy” and is rebalancing its priorities. He also complained about the leaks, saying that journalists and bloggers do not have real data and create a lot of panic by reporting layoffs.