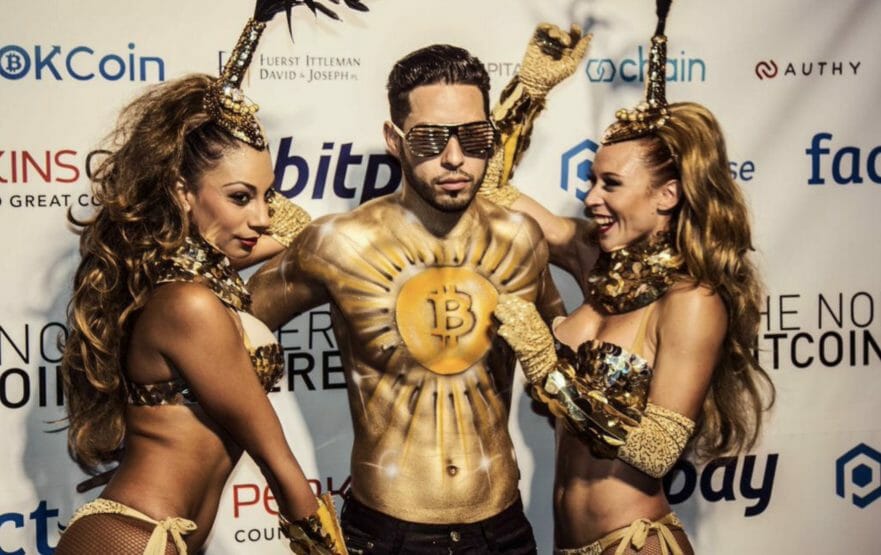 I’m completely out of crypto and I’ve been selling my bitcoin and ether all year.

Does that disgust you? Disappoint you?

If you just met me, I’m guessing that would be your first question. (When did you buy?) Unfortunately in crypto, the price when you entered appears to have some bearing on how much you know about blockchain.

However, I’d start by asking another question. When did it become doctrine to HODL and sacrilege to sell? Where does the peer pressure emanate from?

At the end of 2018, you can proclaim from the housetops that you will HODL to the end of time and you will be applauded, venerated as a sage — even if you’re lying. But if you’re going to sell, you need to slink quietly out the back door. You have broken the unwritten rules of the cult of blockchain.

My hope is that in 2019 we begin to question the norms we’re holding onto, and that are holding us back.

Consistency is the Hallmark of the Unimaginative

As we enter 2019, my belief is that crypto will need a lesson in strategic execution. Like it or not, there are others like me.

My initial aim was to use crypto for everything in life, replacing all fiat, a hope that was almost immediately dashed when I entered the market at around $3,000 just last year (there’s your answer to the above question). The promised land appears no closer now than it did in January.

As a store of value, I just don’t find cryptocurrency useful — it certainly hasn’t stored much value for me this year. Others likely feel the same.

Others, too, (like me) took the leap as entrepreneurs.

A finance MBA with a track record in venture capital and strategic consulting, I left my job as an executive at a SaaS technology company to start a blockchain venture. All year, I have been hearing that 2018 is the year that institutions get involved and “real players” (or at least traditional players) start to adopt the technology.

Well, some of us came. What did we find? Hype. Hyperbole. Dogma. A cult that made little sense. Not much value. Few actual results.

If I hear one more “investor” tell me I need to pay them and they will “coach me” and then introduce me to their Chinese friends, I’m going to lose my mind. Yes, it happened all the time this year.

This year I have been told:

We are the industry that is trying to change everything. What we need is constant change until we usher this technology into the world and deliver on the hype (which is significant).

The blockchain industry is both culturally inspiring and culturally broken. There’s so much good: It’s open, inclusive, revolutionary and empowering. But it’s also shady, dishonest, mercurial, and often straight-out illegal.

That said, it may take use a decade to unpack all that happened in 2018 completely.

To get some distance and perspective, bitcoin’s price will likely end up five times lower than when it started, but up three or four times since January 2017.

The problem is the loudest and most visible parts of the industry have been much too focused on speculating, on raising coins quickly, flipping and making a buck. That has dragged the rest of the industry into asking bad questions. We speculated on “utility tokens” that provided no utility and had teams which have never one anything successfully before individually, let alone as a team.

But we shouldn’t forget that ICOs successfully disrupted VC, surpassing even early stage VC investment. It’s a landmark achievement for such a young industry.

So, the ICO model hasn’t yet replaced VC as a viable funding methodology. Promise has been shown, but the boom and bust has given its enemies ammunition to fight against it.

The first wave in any revolution need to be the loudest. The visionaries come first. In settling the West, first we had the mappers and fur traders, they roamed the wild and brought back tall stories and exotic things. Some found gold. That brought the gold rush, the second wave.

But prospectors don’t build anything of lasting value. I’ve been to gold rush towns in the Nevada desert. Once the gold is mined, the people leave. That’s what ghost towns are. It’s the third wave that settle the West, the farmers, the builders. They’re the common, boring, quiet folk that raise families and settle in a place forever.

Their impact is large, but their voice quiet because they’re not out carousing in the saloons and they’re not flashing their bags of gold dust.

The good news for us third-wave settlers is that there is a lot that needs to be built. At my company Glyph, we are building KYC and accredited investor tools to help the blockchain community, built with decentralization in mind out of the gate. But we need more companies that help new blockchain ventures hire and scale their management teams, pay staff in crypto, collaborate as sub industries and rapidly form strategic partnerships through research and business development.

Culture is the sum total of how everyone acts and what we are prepared to put up with. The only way you can change it is by collectively making a stand.

I, too, have been guilty of creating this culture by not doing anything to stop it. By accepting it.

In 2019, I will call this out every time I see it. I have been doing it privately since June. Maybe it’s time to start shaking out the bad actors publicly. Kicking out the wolves so the rest of us can build what needs to be built.

As 2019 starts, perhaps it’s time to reflect on what truths we hold self-evident, and which need to be eradicated from the vernacular. What are we really rallying around? Where are we going and more importantly, how are we actually going to get there?

If we are focused on the right things, we can cut through the noise.

It’s still early days. There’s a lot more to come. There’s so much happening that is so positive.

Source: Crypto 2018 Was a Tale Told By An Idiot – But It Doesn’t Have to Signify Nothing – CoinDesk