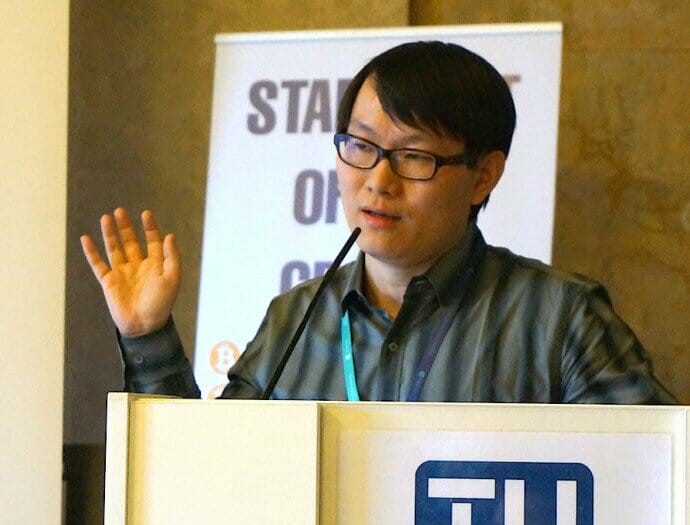 Cryptocurrency exchange Huobi is quietly seeking to become the largest shareholder of a firm that is publicly listed in Hong Kong – a move that, if completed, could open the door for Huobi to go public via a reverse takeover.

According to shareholding disclosures filed by the firm, Pantronics Holdings, on Aug. 21 to the Hong Kong Stock Exchange, the company is transferring more than 221 million of its ordinary shares to Li Lin, the chairman of Huobi Group, via several of the exchange’s subsidiaries.

With the disclosed transaction, Li is poised to become the owner of 73.73 percent of Pantronics and the largest substantial shareholder. Based on the filing, the transaction is priced at HK$2.72 (or $0.35) per share with a total amount nearing $77 million.

The deal, if approved, could give Huobi the opportunity to take over the public company and thus enter the secondary financial market – a process known as a reverse takeover.

Pantronics, an electronics manufacturing service provider that was established in 1990 and went public in 2016, has not yet made any official announcement regarding the completion of the deal, or of any potential corporate restructure afterwards.

A representative for Huobi told CoinDesk that the crypto exchange is still waiting for confirmation and approval from the Hong Kong Stock Exchange. As such, the company can’t comment on the issue at the moment.

Following the initial notice, Pantronics halted the trading of its shares on the exchange from Aug. 22 “pending the release of an announcement relating to a possible offer to be made … on Takeovers and Mergers, which is inside information in nature,” the firm said at the time.

Gelonghui, a Chinese news source that covers the financial market, first reported around 18:00 UTC on Monday that Pantonics had transferred 73.73 percent of its ownership to Li.

Following that news, the price of the Huobi Token, the exchange’s own crypto asset, immediately jumped by eight percent and has now seen a six percent rise over the past 24 hours, according to data from CoinMarketCap.

Huobi’s move also comes at a time when several other Chinese private firms in the cryptocurrency space are applying for initial public offerings (IPOs) in Hong Kong, including bitcoin miner makers Canaan Creative and Ebang.

Another bitcoin mining giant, Bitmain, is also reported to be weighing an $18 billion IPO in Hong Kong.