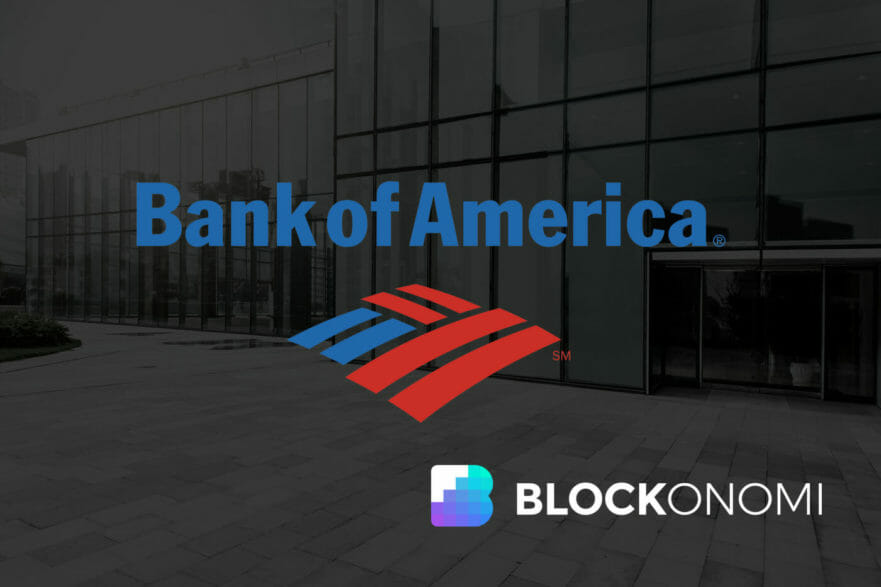 Next Article
Previous Article
BuySellAds Zone Code Bank of America has filed another blockchain patent. It may be the largest holder of blockchain-related patents among the major banks in the USA. Bank of America’s latest patent brings their total to more than 50. The number of patents they have is impressive, but this recent patent could be a portent of bigger things to come.

At first glance, cryptos seems to fall outside of the established banking model. Peer-to-peer transactions don’t leave much room for banks to profit. Now that Bank of America has patented, “Block Chain Encryption Tags”, it could be time to dig a little deeper into what they are developing.

Bank of America Could be Looking at Crypto Merchant Accounts

Most cryptocurrencies certainly cut out the middle man, but this isn’t ideal for major consumer retail operations. Big consumer-driven companies have sweetheart deals with payment processors and banks, so they can save on the massive administration cost associated with dealing with large-scale consumer spending.

The abstract from Bank of America’s recent patent could shed some light on where they are going. Their new patent is for:

In plain English, this looks a lot like a system that can easily record crypto transactions. Perhaps Bank of America is looking for ways to enter the crypto deposit game, much like the already established quasi-bank Xapo.

It could also be a really fancy online crypto wallet, but there is probably more to it than that. Based on the numerous patents that they have applied for in the blockchain space, their latest invention may be a part of a larger plan that Bank of America has for cryptocurrencies in the near future.

Numerous Patents Use Cryptos for Settlement

Putting the direct use FinTech scenarios aside for a moment, the kind of system that Bank of America just patented could be part of the emerging micro-payment smart-grid tech phenomena. Numerous companies, including Walmart, have patented IoT electrical grid systems that rely on cryptos and blockchain to function.

If utilities are planning on doing business in cryptos, they will need to have a very secure way to store all the capital they use. In theory, they could design their own systems, or use a third-party app. However, given the nature of established industry’s relationship with the banking system, they would probably opt for a bank-centric storage system, which would differ liability for the deposit away from their balance sheet.

The vast majority of cryptocurrency users don’t want to deal with banks, but major businesses and utilities understand the value of shifting liability away from their own operation. Not only does it save cost, it also allows them to integrate deposits with a range of other financial services. Bank of America may be working on a platform that would take their business model into the crypto age, and allow them to remain in the position of an intermediary, even in a peer-to-peer trading network.

Source: Bank of America May be Going Crypto after Another Patent Filing