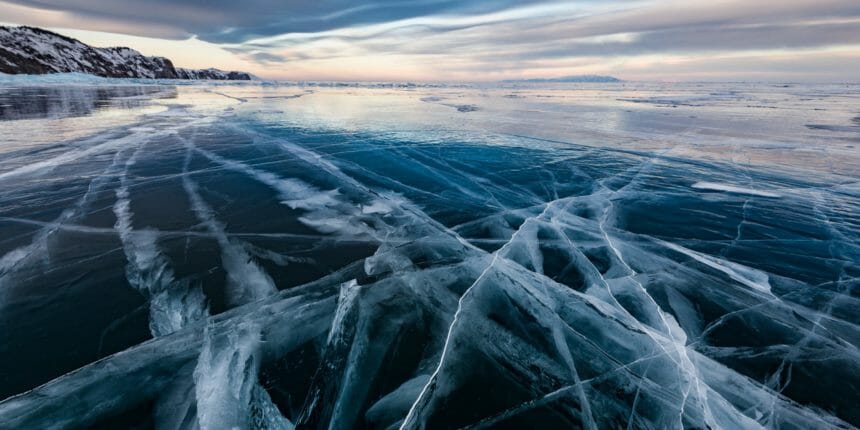 In 2018, we have seen the cryptocurrency market cap go from all-time highs in January to falling over 80 percent by December, despite little changing in the context of the technological fundamentals.

If little has changed with the fundamentals, then there must be other factors driving the manic buying and panic selling cycles present in these markets? A persistent pattern I have observed in the context of investors and projects in the space is one of information asymmetry.

This information asymmetry manifests itself in various contexts, e.g. either being a very informed or a very uninformed investor, the ability to determine if a project has overpromised on its technological deliverables or not. Another way of viewing this asymmetry is that it arises from hidden complexity, whether we’re talking about perceiving the value in an asset or implementing a new piece of software.

While I can describe bitcoin in a single phrase as “gamification of time-stamping,” describing and delivering a working system that implements that concept is a serious technical challenge.

With Decred, we experienced this hidden complexity firsthand while building Politeia, a time-ordered filesystem, for use as our proposal system. Making cryptocurrency markets less volatile and projects more substantive is a matter of doing what we can to eliminate the information asymmetry that arises from technological complexity, both with investors and software alike.

I have observed a very bimodal distribution when it comes to the extent to which cryptocurrency investors are informed. There is a minority that is incredibly well informed and a majority who are quite uninformed.

This knowledge gap often benefits the well-informed at the direct expense of the uninformed, so the former are incentivized to maintain this arrangement. Similar to many other markets, the less-informed chase the carrot of easy profits dangled in front of them by the better-informed. When this herd-like behavior is combined with relatively thinly traded markets, it creates serious volatility, which has much in common with over-the-counter (“OTC”) stocks.

The perception of value drives investor decision-making, so the collective psychological state of investors determines the value of an asset. Unlike many other assets, cryptocurrency fundamentals do not change substantially as a function of time. This constancy of fundamentals is a major driver for using cryptocurrencies as a store-of-value (“SoV”) over longer timescales.

It is this SoV property that separates cryptocurrencies from OTC stocks, and it drives a longer timescale periodicity that is not present in most OTC stocks. Many uninformed investors are keen to buy low and sell high, capturing a profit in fiat terms, whereas well-informed investors understand the SoV property is a longer term play, which incentivizes them to buy low and avoid liquidating their positions.

Informed investors using cryptocurrencies as a SoV fuel these longer term boom-bust cycles, so episodic spikes in valuation occur without the value crashing to zero after each manic buying phase.

After managing several software projects over the past decade, I can say that, even as someone who participates on a technical level, it is easy to overpromise on deliverables.

The main driver of this disconnect between promises and quality working code is the hidden complexity of the cryptocurrency development process. Over the past few years, I have seen many projects make massive promises and raise staggering amounts of capital in ICOs and similar processes, only to not deliver, deliver incredibly late or deliver barely-working software.

Similar to the situation for investors, projects have a bimodal distribution of technical ability: a minority that keeps their promises roughly in line with what they can realistically deliver and a majority that grossly overpromises on a regular basis. Overpromising on software deliverables is often the result of a combination of underestimating the complexity of cryptocurrency software and conscious overstatement on part of project leads.

Because the domain of cryptocurrency software is still rather new and complex, there are correspondingly few people who are well-suited to understand what can and cannot be achieved in a particular amount of time, on a technical basis. So, a project may make some really impressive claims about what it will achieve, but when there are so few people who are capable of realistically assessing how feasible the claims are, it incentivizes malicious actors to bait-and-switch investors.

Numerous projects that have been funded on a bait-and-switch basis have seen their valuations collapse throughout 2017 and 2018 once investors become aware they are unlikely to deliver on their claims.

As the Project Lead for Decred, I am familiar with the process of dealing with complexity from a technical and management standpoint, and our off-chain time-ordered filesystem, Politeia, serves as a good example for how hidden complexity can delay even seasoned development teams in the space.

Our goal was to have Politeia in production as our proposal system in roughly 12 months from the start of the project in April 2017, and we didn’t go into production until six months after the projected date in October 2018. Despite building on top of a working versioned filesystem, git and attempting to avoid complexity, it still took several additional months to get the metadata formats just right and have the frontend perform suitably.

Politeia is based on a pretty simple idea “create an off-chain store of data where you can demonstrate who said what when using cryptography and an existing blockchain.”

Once you split this apart into its components, it doesn’t seem very difficult:

This list is pretty short and each component is relatively simple, but handling the edge and corner cases that arise between these components quickly becomes non-trivial. Despite the final working implementation being complex, it can be described as a handful of simple components that even less-informed market participants can understand.

There are myriad ways to become a well-informed cryptocurrency investor, but after making my own missteps, I have a few simple policies that can help cut through some of the complexity:

Overcoming the complexity barrier between promises and implementation for cryptocurrency projects is challenging. Here are some policies that have served me well:

By working together to increase our collective comprehension, participants in the cryptocurrency ecosystem can take many steps to help reduce market volatility, create more substantive technology, and efficiently educate newcomers.

If 2019 is anything like 2015, the cryptocurrency market is in a consolidation phase, and the next several months will continue to shake out underperforming projects. Very little has changed with the fundamentals of the space, despite the pullback in valuations, so I expect a continued and bright future for cryptocurrencies in 2019 and beyond.