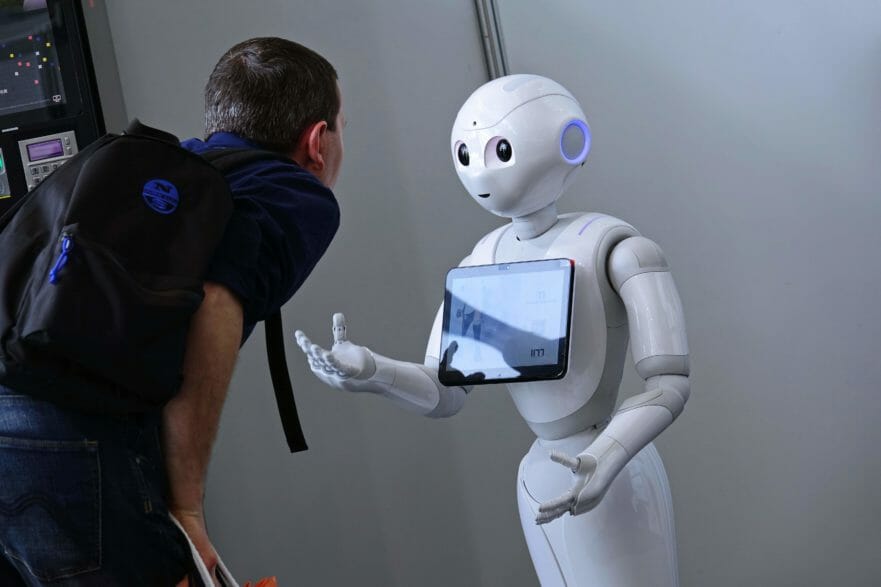 But if artificial intelligence (AI) is indeed a threat to humanity as Elon Musk and Sam Altman frequently warn, why are we risking giving AI the political power of distributed networks?

Guaranteeing a fundamental right to privacy bent early blockchain design toward anonymity. While that approach helps fight financial corruption (political corruption is exploiting the internet in ways that can also be fought back with decentralized computation), the menace of AI is less abstract than it seems. The fact that social algorithms thrive on memes helps explain today’s political reality.

However, AI is leading us to even deeper questions and challenges. The most salient fact from contemporaneous politics is the growing shadow of doubt cast over the democratic process in the U.S.: did foreign influence win the most expensive election on the planet? Since the Peace of Westphalia in the 17th Century, nation-states have been a political construction based on the idea of non-domestic intervention.

What Mark Zuckerberg didn’t dare to say in Congress when he had to testify about Russian influence exploiting Facebook is that the internet is no longer compatible with the nation-state.

Today’s internet AI is governed with our likes, retweets, upvotes and links — tokens we don’t own. These tokens own us as they constantly survey society in benefit of the network’s owners. To remain competitive with each other, Facebook and Google have incentives to become even more Orwellian.

What made them incredibly successful was their ability to formalize humans on the web. But the steep price is the privacy of a society that no longer connects via dial-up but lives online 24/7.

The question we now face is how can we formalize humans online in a decentralized way, hence guaranteeing a voice and a vote for everyone without making them subjects of corporate propaganda?

In order to establish a frontier between ourselves and internet AI, we need a decentralized protocol for singular human identities.

Unlike Facebook, a network of this kind must not be limited to the logic of media and attention-grabbing algorithms. Instead, a human consensus should be the source of legitimacy, effectively constructing a one-human-one-node graph to unlock the full potential of blockchain governance.

Legitimate influence over cryptographic budgets can transform a social network deployed over the internet into a living democracy. But this is far from a trivial task: formalizing humans in decentralized networks requires preventing bots, Sybil attacks, bribes and a Big Brother from emerging.

Let’s begin with bots. A machine’s perception threshold can be measured using Turing tests, tasks designed to tell robots and humans apart. So, a human-based consensus by definition requires Turing-impossible proofs, hard for computers but easy for brains to process. To illustrate this, the birth certificate for my daughter Roma was made using video, a simple format for a fellow human to decode, but still very hard for any machine to understand.

The proof can remain private and secret — only a hash goes on a blockchain. This string of numbers is able to certify the contents and timestamp the original proof, letting nodes get validated without the need of broadcasting all the information. We can expect Moore’s Law catching up with the Uncanny Valley, so the format of the proof should be always open up for debate.

In order to ensure an identity is singular, we need to fight Sybils (in this context: humans aiming to get control of more than one node). A reputation-based graph must be put in place giving attestation rights to those able to gather more trust from the network. At Devcon4 Sina Habib introduced the idea of building a “trust graph” using well-known reputation algorithms like PageRank. My own experience implementing PageRank to weight retweets on Twitter led to a virtual currency project named Whuffie Bank back in 2009; it does work.

But the stake from validating nodes should also be a bounty for those able to detect false-positives in the consensus. Network policing cannot be strictly algorithmic if we want the humans to be in charge.

This leads to nodes that can use their excess influence to buy others or be targeted and bought. To prevent bribes and monopolies from forming, a node’s ability to validate new Turing-impossible proofs should be based on a cryptographic lottery that introduces randomized voting to the consensus.

If the lottery’s entropy is based on a node’s stake, it can aim to equalize attestation chances across all nodes in the long term. As a validating node, the higher your stakes the less likely you’ll be given a chance to validate again. This creates an incentive to focus on validating family first.

Today, Tomorrow and the Future

At Democracy Earth, we are designing our consensus protocol using ERC-20 tokens with staking logic designed to validate Turing-impossible proofs. When the score for a given hash reaches the consensus threshold, a check on the claim “Are you Human?” is issued for a provided ERC-725 identity.

These open specifications allow the quick prototyping and deploying of these ideas on top of any EVM-compatible blockchain. Recent research and new protocols, such as the work by David Chaum of DigiCash on randomized voting, and AlgoRand led by zero-knowledge proof co-inventor Silvio Micalli, signal the relevance of cryptographic lotteries in keeping governance fair.

In our initial work implementing web-based digital democracies it became clear that whoever controls the registry of voters can manipulate the outcome of an election. Providing a decentralized consensus on human rights can replace this point of failure also present in traditional elections.

Why not simply use the legacy reputation of established institutions for human identities?

According to the World Bank there are 1.1 billion people in the planet lacking identity and the International Rescue Committee has identified over 65 million refugees. In Latin America, I have personally met with organizations of excluded workers that estimate 10 to 15 percent of their members lack an identity because their parents never registered them or have been abandoned during childhood.

Human consensus over the internet should be able to be deployed anywhere and provide tools able to measure the inclusive capacities of blockchain economies. If a consensus for human nodes gets widespread adoption, social applications that range from borderless democracies to encrypted peer to peer lending to Universal Basic Income can become a reality.

When John Perry Barlow wrote “A Declaration of the Independence of Cyberspace” in 1996, he ended his plead asking for a “…more humane and fair civilization of the mind.”

Here, humane is a powerful word, one being used to describe the aspirations of an age giving rise to digital governance. Decentralizing democracy matters as the nation-state keeps failing a growing global society. It is worth remembering the last words published by Saudi journalist Jamal Khashoggi:

“Through the creation of an independent international forum, isolated from the influence of nationalist governments spreading hate through propaganda, ordinary people in the Arab world would be able to address the structural problems their societies face.”

The real risk of formalizing humans on the blockchain is not doing it.

Source: Humans on the Blockchain: Why Crypto Is the Best Defense Against AI Overlords – CoinDesk