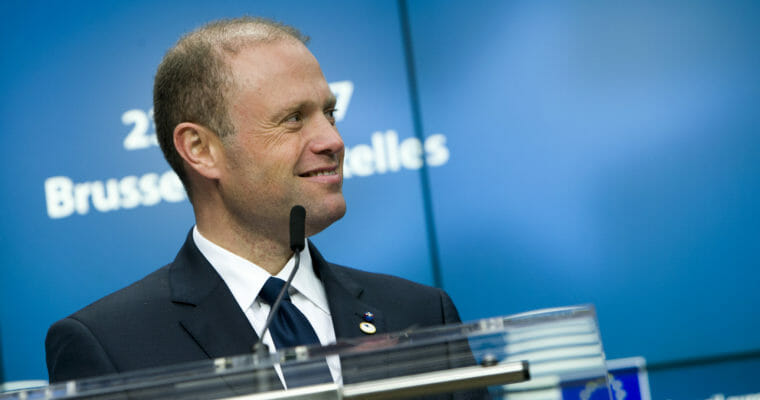 “I passionately believe technology revolutionizes and improves systems. This is why in Malta, we have launched ourselves as the blockchain island. By being the first jurisdiction worldwide to regulate this new technology that previously existed in a legal vacuum. Blockchain makes cryptocurrencies inevitable future of money. More transparent it helps filter good business from bad business.”

Prime Minister Muscat emphasized that recognizing the potential of the blockchain, Malta has openly embraced the crypto market and businesses within it, leading the global cryptocurrency sector with favorable regulations and practical policies.

Since early 2018, Malta has focused on building an ecosystem that significantly improves the businesses of crypto and blockchain-related companies.

Binance, the world’s largest cryptocurrency exchange with around 10 million users and $200 million in quarterly profit, openly praised the efforts of Malta to lead cryptocurrency regulation, relocating its headquarters to the region.

Changpeng Zhao, the beloved CEO of Binance better known to the cryptocurrency community as CZ, stated in March that the company is dedicated to investing in Malta and its local cryptocurrency market to assist the growth of the local blockchain industry.

“After reviewing a proposal bill, we are convinced that Malta will be the next hotbed for innovative blockchain companies and a centre of the blockchain ecosystem in Europe. Binance is committed to lending our expertise to help shape a healthy regulatory framework as well as providing funds for other blockchain start-ups to grow the industry further in Malta,” said CZ.

Shortly after the relocation of Binance to Malta, Tron, another billion dollar company based in Beijing that oversees the development of the Tron blockchain network, disclosed its intent to establish an office in the country and invest in the local cryptocurrency market of Malta, moved by the forward-thinking approach and regulation of the government.

Within such a short period of time, the ambitious plan of Malta to become a leading region in the global cryptocurrency and blockchain space allowed the country’s economy to grow rapidly, solidifying the position of Malta at the forefront of blockchain development.

Most recently, regional governments of Seoul, Busan, and Jeju Island, three major cities of South Korea, the fourth biggest economy of Asia, announced their intent to replicate the success of Malta after being inspired by its success.

In his speech, Prime Minister Muscat further explained that the local government remains passionate about the potential of the blockchain and its ability to eliminate third party service providers to provide users complete freedom over information and money.

He explained that the blockchain will eventually produce solutions that can replace existing infrastructure in major industries like healthcare and charity.

“Blockchain can provide solutions to health care systems where patients have real ownership of their medical records. Emissions trading systems can be taken to the next level. We can help verify that humanitarian assistance is reaching its intent destination. We can make sure that nobody is deprived of their legitimate property because of compromised data,” Prime Minister Muscat noted.

Source: Malta PM at UN Assembly: Crypto is the Inevitable Future of Money