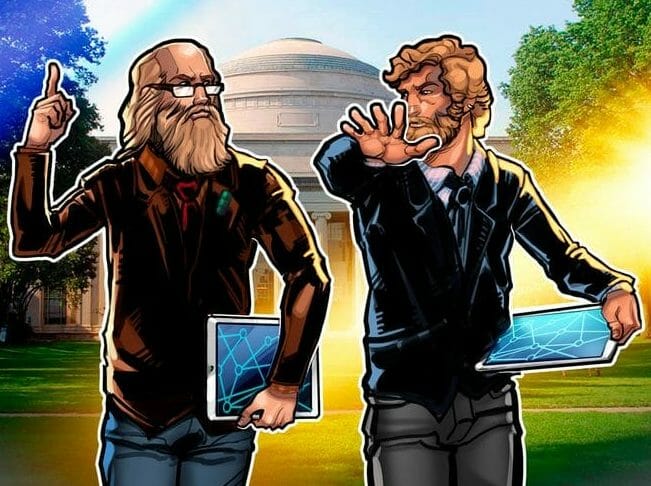 Blockchain can allow for the creation of a borderless economy, Massachusetts Institute of Technology (MIT) professor Silvio Micali claimed in a interview on Bloomberg’s Daybreak Asia, Jan. 21.

Speaking on the show, Micali outlined three major properties of blockchain systems that must function simultaneously to enable a more inclusive and borderless economy — security, decentralization and scalability. According to MIT’s Ford Professor of Engineering, until recently, only two of those three basic properties could have been achieved simultaneously at any time.

When asked about scalability in particular, Micali stressed that a decentralized system really needs superior technology to provide the same level of participation and confidence that is enjoyed by centralized systems.

When asked about security breaches in blockchain systems, Micali stated that centralized systems are far more vulnerable to hacking attempts, pointing to the frequency of security and privacy breaches that repeatedly take place among centralized institution of various sorts.

The professor expressed optimism about blockchain in terms of security, noting the level of security built into the concept of a trustless system:

“Only a true decentralized system, where the power is really so spread that is going to be essentially practically impossible to attack them all and when you don’t need to trust this or that particular node, is going to bring actually the security we really need and deserve.”

Recently, a group of major United States universities, including MIT, Stanford University and the University of California, Berkeley, announced the launch of Unit-e, a cryptocurrency project touted as a “globally scalable decentralized payments network.”