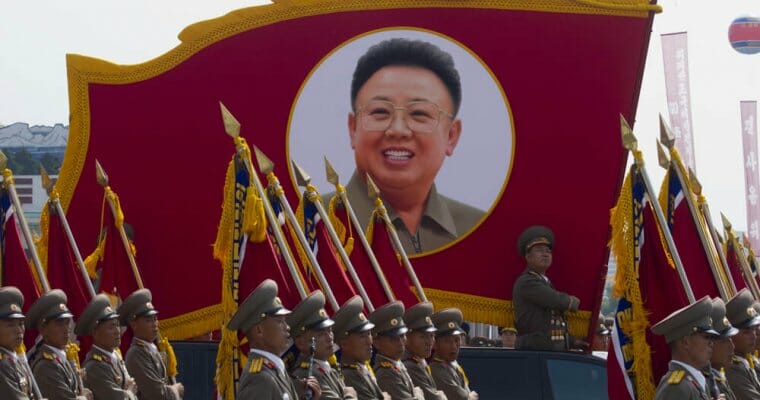 Sanctions-hit North Korea is planning to host its first-ever international conference focusing on cryptocurrencies and blockchain technology in October.

According to Radio Free Asia, the event will be held in the hermit kingdom’s capital of Pyongyang and will stretch for two days beginning October 1.

Per various reports, the conference is expected to attract blockchain and cryptocurrency experts from all over the world. No information was provided on how this is expected to be pulled off given that the country has an underdeveloped conference tourism industry and the fact that some countries such as the United States have banned their citizens from traveling to North Korea except in special circumstances.

The event is scheduled to conclude with a meet-and-greet with the business leaders of North Korea. Sources told Radio Free Asia that the goal behind hosting the conference was to demonstrate the technological capabilities of the Asian country.

This comes at a time when a report compiled by Korea Development Bank, a state-run financial institution in South Korea, has claimed that evidence had emerged of a small-scale cryptocurrency mining operation being run by the North Korean regime last year between May and July. However, according to Yonhap News Agency, the initiative is said to have failed though the reasons were not provided.

The Korea Development Bank report seems to confirm conclusions drawn earlier that the hermit kingdom could be eyeing cryptocurrencies as a way of evading sanctions imposed on the country or as a way of financing the regime of King Jong-un, the country’s ruler.

In February this year, CCN reported that South Korean intelligence officials had told the country’s parliament that North Korean state-sponsored hackers had stolen billions of won in cryptocurrency last year by hacking exchanges. During a briefing a member of the country’s parliamentary intelligence committee, Kim Byung-kee, alluded to the fact that the hackers obtained the private information of cryptocurrency exchanges as well as the private information of their clients through phishing.

“North Korea sent emails that could hack into cryptocurrency exchanges and their customers’ private information and stole (cryptocurrency) worth billions of won,” Byung-kee disclosed at the time.

This was not entirely a new development. In September last year, for instance, cybersecurity company FireEye had warned that state-sponsored hackers from North Korea had targeted cryptocurrency exchanges in South Korea with a view of stealing bitcoin as well as other digital assets. As CCN reported then, these efforts were aimed at evading sanctions as well as obtaining funds meant to sponsor the regime. And just as the intelligence agency of South Korea had pointed out, the FireEye report indicated that the attacks on the exchanges had been preceded by spear-phishing campaigns.