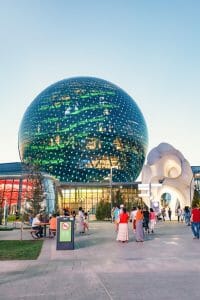 August is not the best period for important decisions but it seems a good time to sketch plans for the second active half of the year. Authorities in several countries have shared their intentions regarding the regulation and oversight of the crypto space. The club of crypto-friendly jurisdictions may accept new members this fall. Others may take a different route, at least for now. Kiev, which has postponed the adoption of crypto regulations for some time, has indicated its decision to follow the examples set by crypto-friendly jurisdictions like Switzerland, Malta, and Gibraltar. That’s according to comments made by Timur Khromaev, head of the country’s National Securities and Stock Market Commission (NSSMC).

Ukraine needs a law in order to become a leader in creating conditions for the development of the crypto market, he said, quoted by local and Russian media. Khromaev also believes that cryptocurrency is a financial instrument, before anything else, and insists that it should not be viewed as a means of payment. This presumption is a corner stone of the new regulatory concept adopted recently by Ukraine’s Financial Stability Council of which the NSSMC is a member. The high-ranking Ukrainian official also stated:

We plan to legally recognize cryptocurrencies as a financial assets and allow people to invest and use these financial instruments.

The next step, Khromaev added, will be to implement a mechanism for taxation and define the regulatory responsibilities of relevant government institutions. According to the NSSMC’s president, the new legislation, which is currently being developed in cooperation with Ukrainian deputies and representatives of the industry, is expected to be adopted by the end of the year or in early 2019. According to Elina Sidorenko, head of the interdepartmental group assessing the risks associated with cryptocurrencies, the revamped Russian crypto legislation, which “takes into account earlier remarks, as well as the interests of the business and the financial regulators,” will be presented in the near future. The new draft will list “the rights, duties and responsibilities of participants in crypto-relations,” Sidorenko wrote in her Telegram channel.

In May, the lower house of Russia’s parliament, the State Duma, adopted three crypto bills on first reading – “On Digital Financial Assets,” “On Attracting Investments Using Investment Platforms,” and “On Digital Rights.” Deputies then attempted to synchronize the texts, taking out terms like “digital money” but keeping legal definitions such as “digital financial assets” and “digital rights.” The second and third reading of the bills were supposed to take place before July 1, as President Putin had ordered, but they were postponed for the new parliamentary session in September.

Latvia to Adopt a Law for Cryptocurrency Taxation Earlier this year, Latvian authorities announced they were considering the possibility to recognize cryptocurrency as a means of exchange in order to impose tax on capital gains from crypto deals. Now, according to local media reports, the government in Riga wants to accomplish this through new legislation and the Latvian Ministry of Finance is preparing a draft law that’s supposed to be ready by December. The bill should determine the taxation procedures applicable to incomes of individuals from transactions with virtual money, including cryptocurrencies such as bitcoin.

Alexander Kitchenko, member of the Latvian Bitcoin Foundation, revealed details about the proposed tax mechanism in conversation with the local outlet Baltnews.lv. Authorities, he said, intend to collect taxpayers’ data from crypto trading platforms. The monitoring will be performed on the entrance and exit of the crypto space, where corporate entities act like intermediaries for crypto-fiat transactions. Bitcoin and other cryptocurrencies will most likely be taxed as digital property, the expert elaborated. Authorities in Budapest are considering and drafting regulations for the crypto sector in Hungary. Representatives of the central bank, the finance ministry, the tax service, and other government institutions have formed a working group tasked to assess the legal, economic, security and other aspects of cryptocurrencies, Hungarian media reported.

The Ministry of Finance, quoted by the local financial outlet Portfolio, reminded Hungarians that cryptocurrencies are not yet accepted as legal means of payment in the country. They do not qualify as legal tender, electronic cash, financial instrument, or cash equivalent, the ministry emphasized.

Nevertheless, local crypto investors are expected to pay taxes on their incomes from dealings in cryptocurrency even under the current legislation. Profits from crypto transactions are classified as “other income” on tax returns which means 15% tax is due, as well as 22% in the form of health insurance contributions. Legal entities are obliged to pay the treasury 9% income tax and 2% corporate tax. Kazakhstan, the Central Asian powerhouse which has been wandering for some time between two extremes – banning cryptocurrencies and supporting crypto development – may eventually implement a Belarus style solution. The Astana International Financial Center (AIFC), which was launched with the goal to turn the country into a regional financial hub, has put forward draft regulations that will place the oversight of cryptos and token sales under its control. That’s a much more crypto-friendly scenario than the alternative of letting the central bank be the main regulator. The National Bank of Kazakhstan has previously called for the prohibition of crypto transactions, exchange, and business.

The legal amendments are designed to facilitate investors, private individuals and corporate entities that want to work with cryptocurrencies in the AIFC, Forbes Kazakhstan reports. They envisage the classification of cryptocurrencies within the national legislation and the adoption of mechanisms to regulate and license the operators of cryptocurrency exchanges. Rules and regulations for crowdfunding through initial coin offerings (ICOs) and the use of smart contracts are also included in the proposed legal framework.