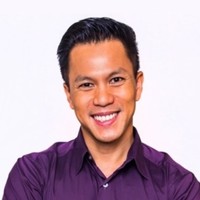 On Thursday, August 16 the blockchain research and development firm Nchain has officially announced a new Bitcoin Cash (BCH) full node implementation is in the works called Bitcoin SV (Satoshi’s Vision). Nchain says the full node client was developed at the request of the mining pool Coingeek and other BCH miners who support Satoshi’s “original vision.”

Just recently, news.Bitcoin.com reported on the opposition towards the Bitcoin ABC development team’s upgrade roadmap. We further detailed that one of the largest BCH mining pools, Coingeek, had weighed in against some of Bitcoin ABC’s proposed consensus changes and added a few proposed changes of their own. Now Nchain has announced a new full node implementation is coming to the BCH network called Bitcoin SV and the codebase aims to “fully restore the original Bitcoin protocol.” The founder of Coingeek Calvin Ayre believes miners should drive BCH innovation and details his pool asked Nchain to develop the new client.

“Because miners should drive the roadmap in the Bitcoin space, Coingeek and other miners asked Nchain to create a professionally-driven implementation of the Bitcoin full node software (for use on BCH) that restores the original Bitcoin protocol,” Ayre explains during the announcement.

Nchain says a roadmap is in development but Bitcoin SV will initially be based on the Bitcoin ABC v0.17.2 codebase. Bitcoin SV’s code will be open sourced under the MIT license and will be available at the repository on Github. Nchain details that the first version of Bitcoin SV will be release ready for testing on the first week of September 2018. In addition to having similarities with Bitcoin ABC v0.17.2, there will be a few changes to support the upcoming November BCH upgrade. The Bitcoin SV consensus change features will include:

Bitcoin SV will be led by the full node client’s lead developer, Daniel Connolly, who has joined Nchain after 20+ years of IT work for United Nations agencies. Connolly has contributed anonymously to the Bitcoin codebase for years as well as helping the Electron Cash client, and the BitcoinJ-Cash development. Nchain’s Steve Shadders will act as Bitcoin SV’s technical director and the team will also have a pool of 5 C++ developers, a part-time Dev Ops resource, and a range of business personnel.

“Answering the call of miners, Nchain is happy to provide technical capabilities needed to support Bitcoin SV,” explains Jimmy Nguyen, Nchain’s chief executive officer. “Once the Bitcoin protocol is fully restored and maintained, global businesses and developers can reliably build robust applications, projects and ventures upon it — just as they reliably build upon the long-stable Internet protocols.”

The future of Bitcoin is big blocks, big business, and big growth —  Bitcoin SV is an important step toward that big future by advancing the professionalization of Bitcoin.

Further, the Nchain development team will still be focused on the Teranode project for the future scaling of BCH. Nchain says the Teranode protocol will be an enterprise-level BCH full node implementation that plans to target terabyte+ block capacity. According to Nchain, more details concerning the latest Bitcoin SV project will be revealed during the Coingeek Week in London this November. Jimmy Nguyen concludes during the Bitcoin SV announcement: