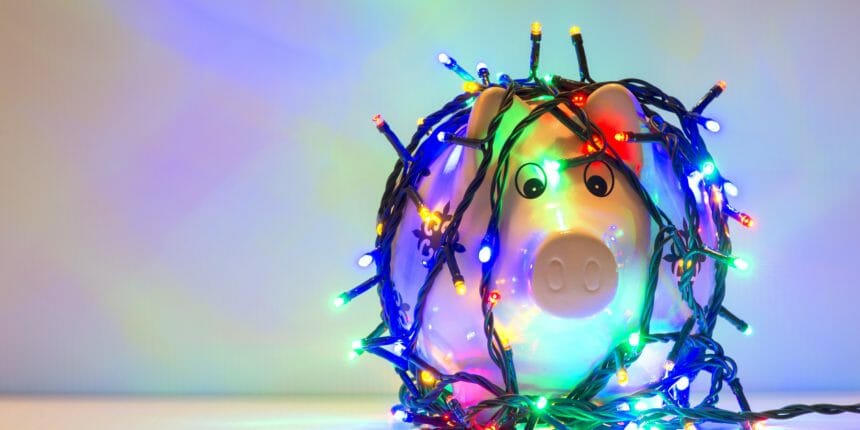 At the beginning of 2018, the blockchain community reached the pinnacle of the ICO bubble.

The slogan of ICOs, which promised that “anyone can invest in an initial project,” sounded wonderful and future-oriented. However, as the prices of most ICO tokens continued to tumble over the past year, it appears that the first chapter of this grand experiment has ended in failure.

Why do most ICOs fail to succeed? Some would cite the greed of individuals blindly looking to make a quick fortune, incompetent project teams led by entrepreneurs that lack expertise, the technical limitations of platform blockchains that lack scalability and inadequate regulations in countries that have been unable to keep up with changing market conditions.

These are all true. However, there is little to learn from this, as these are difficulties that all innovative, paradigm-shifting technologies face when forging new markets in their early stages.

In this article, I aim to take stock of the current situation by examining the inherent limitations of ICOs, in particular the belief that “anyone can invest in an initial project,” and discuss some potential solutions.

The popularity of group purchasing channels

Despite the burst of the ICO bubble, the blockchain craze in Asian markets is not waning.

In fact, interest in new technological trends and expanding ecosystems is growing. In particular, in markets like China and Korea where cryptocurrencies have gained greater acceptance, retail investors continue to take part in initial investments for blockchain projects through a variety of methods.

In China, the secondary market has become popular because Chinese nationals are restricted from participating in ICOs by law, while in Korea, a number of ‘coin group purchase’ channels are being operated surreptitiously through KakaoTalk messenger or other communities.

Setting aside government regulation, there are other important reasons behind these trends.

Up until as recently as mid-2017, anyone with an interest in blockchain projects could participate in an ICO without much difficulty. However, from the second half of 2017, there has been a movement towards larger private rounds instead of public sales and lower participation from individual investors.

In particular, projects that were more confident in their fundraising ability increasingly sought a greater proportion of investment from institutional investors or dedicated crypto VCs instead of through public sales. Key examples of this are Ontology or Handshake, who simply engaged in community airdrops after a private sale, without conducting an ICO.

Individual investors interested in these projects attempt to get involved through influential brokers that can grant them access to the private round. At the same time, there are many complaints within the community about the expanding trend of institutional investors taking up the lion’s share of private rounds.

A reluctance to accept individual investors

There is a large gap between the role that many projects had hoped individual investors would play during the ICO, and the reality that they have been faced with afterwards.

While providing the public with a fair investment opportunity, project teams also hoped to create a loyal community that would be aligned with the project’s incentives and share in its growth.

Compared to the existing startup model, where the company grows based on investment received from a small number of institutional investors through closed channels, teams believed that ICOs would facilitate the creation of a more open ecosystem which would lead to a virtuous cycle of rapid growth.

However, individual investors in blockchain projects ultimately failed to provide much help to the projects in many cases.

The majority of ICO participants who formed the community’s persona were often “creditors” who only cared about the token price, rather than “contributors.” Many of these individuals simply jumped on the bandwagon of popular projects without a clear understanding of or trust in the project’s core technology or business.

Accordingly, they contributed very little to the productive activities that promote healthy growth within communities. In addition to this, few of the individual investors who took part in ICOs for blockchain projects actually used the tokens they received for the intended purpose once the dapp or platform was released. Instead, they were essentially free riders who sold off their tokens as soon as the price hit a certain level.

This led to a growing awareness among teams that they could actually threaten the long-term development of projects. From the perspective of project teams, it seems more efficient to manage a small number of professional investors rather than have to communicate and provide explanations to a community of individual investors who constantly ask about the price and listing on exchanges, especially during the launch stage when the team is naturally spending most of its energy on development.

Institutional investors also tend to have their own networks and greater insight into the blockchain industry. In many cases, institutional investors have provided practical assistance to help grow the project by playing an advisory role to entrepreneurs or recruiting team members during the early stages. These investors can provide support in a number of ways, including building local communities in key locations, hosting hackathons to connect developers to the project, or acting as a liaison with major media channels.

However, the competitive nature of markets is helping to correct this problem.

Because of the free and transparent flow of information in the hyper connected crypto ecosystem, information about reputable and not so reputable institutional investors spreads quickly between blockchain entrepreneurs. In time, only reputable crypto funds will be given the opportunity to invest in promising projects, similar to the growth process that venture capital markets went through.

Is investment the only way to contribute to a project?

Thus far I have looked at the growing trend of smaller public rounds in 2018.

I am not trying to raise the dichotomous question of whether individual or institutional investors are more suitable for investment in initial projects. The more fundamental question is, “How do we create an ecosystem in which those who contribute to projects can become initial shareholders?” and I believe the mechanism to enable this is Proof of Contribution.

Think back to the advent of the world’s first cryptocurrency, bitcoin, which represented the beginning of the decentralization paradigm, and the process through which tokens were issued. Bitcoin issued tokens to the community purely through mining, without any token sale targeting investors. When miners provided hash power, their contribution would be verified in a way that enhanced the security of the network, and they were rewarded with bitcoins in return.

Although the protocol-defined method of contribution to the network was simple, it was fundamentally a proof-of-work (PoW) concept, which could also be viewed as a form of ‘Proof of Contribution’ that reflected the philosophy of compensating those who contribute to a project. During the long period where no one paid attention to the price of Bitcoin, the majority of early shareholders in the network were people who carried a strong belief in decentralized currencies rather than those looking to make a short-term profit.

In the IT industry, there is a clear distinction between the role of 1) investors, 2) the company and 3) employees during the early stages of a startup. Investors receive equity in the company in return for providing initial capital. It is then the company’s job to use these funds effectively to grow the company. Employees receive stock options upon joining the company, and are incentivized to work hard because of the clear upside potential of a higher share price.

I believe that this stock options system was the biggest driving force behind innovation in the Silicon Valley startups of today.

Accordingly, it is unfortunate that most blockchain projects have reduced the role of external stakeholders who join the project in its initial stages to that of ‘investors’ in traditional IT startups. This is demonstrated by the fact that the token allocation section in the white papers of most blockchain projects resembles a business development plan and marketing budget that was determined entirely by the project team, instead of a system of autonomous token distribution through the protocol. In most cases, the token model is only described briefly, with a focus on the main activities that will take place once the network is sufficiently established.

In other words, the model for network growth is selling tokens to investors through marketing, sales or partnership activities, with the use of such funds arbitrarily determined by the project team. This suggests that blockchain projects to date have not taken full advantage of the benefits of decentralization. Instead of treating individuals who make early contributions as merely financial investors, projects that are truly pursuing decentralization should recognize them as more akin to employees who receive stock options (and can actively contribute to the network from outside the organization) and adopt a philosophy of ‘compensation through the protocol’ to leverage them.

Blockchain projects have the potential to design detailed and effective reward systems catered to the nature of their token model that can verify the contributions of members and compensate them accordingly. For example, even if initial investors are given bonuses as a reward for financial contributions, the calculation and payment of the bonus could take place at a later date once it has been proved that the individual has reached a certain level of use on the project’s sapp or made a contribution to PR activities though a method defined by the protocol.

This would incentivize investors to participate in a more substantive way. In addition to this, a variety of protocols could be designed that encourage non-investors to contribute through participation in permissionless networks, and distribute tokens for such involvement.

In the future, we will see blockchain projects with more complex value chains that have greater crossover with the real world. The ultimate goal of decentralized projects should be decentralizing the project’s entire value chain. To achieve this, all of the key sections of the value chain of ordinary companies, from R&D to marketing and sales, should be turned into protocols that are as detailed as possible, and companies should also consider mechanisms to incentivize top experts from outside the organization to contribute to the project’s growth in efficient ways by offering rewards.

Tokens can be used as effective tools in this scenario, but it is critical that the method for calculating incentives for contributions is based on a transparent and defined protocol that is made public, unlike in centralized startups where it is based on the fleeting, arbitrary decisions of the management team.

This can give protocol-based organizations the competitive edge over centralized companies.

Distributing tokens only to real contributors

Investment is merely one of many ways to contribute to the growth of a project.

I believe that the underlying reason behind the failure of so many ICOs these days is that the communities are filled with initial shareholders who only care about the token price because they joined as investors.

The identity of any organization is determined by the nature of its initial shareholders. This leads to a chain reaction which influences those who join the community later on, and also has a critical influence on the direction and speed of the network’s growth. In order to succeed, blockchain projects from 2019 onwards will have to demonstrate more advanced methods than their predecessors when it comes to determining the composition of their initial shareholder pools.

They should look to move away from the current methods of giving tokens to anyone who invests, random airdrops and relying on partnerships based on the decisions of centralized entities when forming initial shareholder communities.

Despite the failure of so many ICOs, many still believe in the strong underlying value of blockchain technology which has the potential to completely change the foundations of our economic systems.

Moving forward, I hope that more blockchain projects will take up the challenge of using token distribution models where ‘not just anyone can become an initial shareholder,’ and consider a “proof of contribution” model which distributes tokens only to those who have made a substantive contribution.

Source: The Biggest Problem for ICOs? In 2018, It Was Their Own Investors – CoinDesk