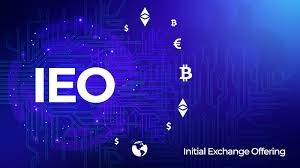 IEOs should be taken critically, the reason is very simple. There was a lot of hype behind it. Everyone wanted to launch an IEO and we saw a similar hype to 2018 and 2019 with ICOs.

ICOs did not have exchanges that were deciding which projects to accept and projects didn’t have liquidity. And that was an advantage because the hype will not last as long exchanges do the wrong thing. They accept any project and fake their volumes and amount of money the project raised.

Tokenminds has been running a few groups where people share their experiences and help several of their clients launching an IEO and are in talks with many exchanges and many others in the space seeking advice. And it’s clear that there’s still a lot of projects raising fair amounts of money through initial exchange offerings.

Do your due diligence:

The only surefire way to avoid being scammed by an exchange is to introduce the latest…Due Diligence. An absolute prerequisite in the wild west of Cryptocurrencies and Blockchain.

Ask the exchange what projects have launched an IEO on their exchange in the past few weeks or months. The more recent the better because the market is shifting rapidly. Then, contact those projects and tell them you are not an investor and try to get accurate data from them because a lot of times the projects will inflate the amount of money they raised because they want to appear successful.