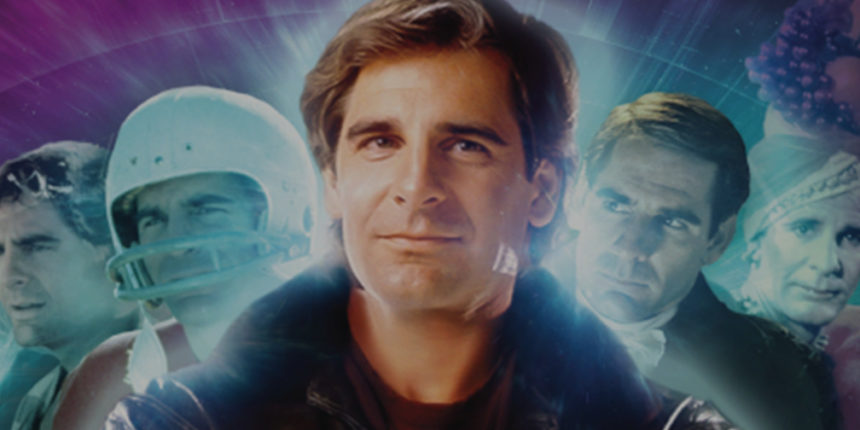 “Quantum supremacy.” The term inspires images of a giant world-brain supercomputer that can count the grains of sand on every beach on Earth. But what does Google’s official claim of supremacy mean and how will practical quantum computing change the world of crypto?

After a month of speculation, Google announced that it has built and tested a 54-qubit quantum processor called “Sycamore.” The processor, which looks like it’s covered in a writhing mass of serpents inside its super-cooled cryo-chamber, was able to perform a complex computation in 200 seconds. Not that big a deal, right?

“From measurements in our experiment we determined that it would take the world’s fastest supercomputer 10,000 years to produce a similar output,” wrote Sycamore’s creators in a blog post.

Quantum processors work by using superposition and entanglement. These odd quantum behaviors essentially allow a quantum chip to process massive amounts of data simultaneously. To better understand it, imagine that, like Dr. Strange, a quantum processor can “see” every possible outcome at once and then, statistically, pick the most likely answer. This means time-consuming programs like factoring large numbers – finding the two large numbers that, when multiplied, makes another large number – is trivial for a quantum computer.

These machines are nothing new. Services like D-Wave’s Leap let anyone write programs for a cloud-based quantum computer in Python, a feat that seems like science fiction. However, in Google’s case, the company has achieved “quantum supremacy” over nearly every other machine in existence – a claim that means, in theory, quite a lot and, in practice, very little.

Quantum supremacy means that Google has been able to perform a calculation that is impossible to perform on traditional computing hardware. In other words, no “classical” computer – from the fastest mainframe to an Atari 800XL – would ever be able to complete the calculation within a reasonable time, aka before the heat death of the universe or 10,000 years, whichever comes first.

“With the first quantum computation that cannot reasonably be emulated on a classical computer, we have opened up a new realm of computing to be explored,” wrote the researchers.

All is not galaxy minds and AI, however. First, it’s not clear whether or not Google’s claims are correct because, to test whether they have achieved quantum supremacy, they would need to run the same problem on classical computers which, in theory, would take 10,000 years. Further, the problems you can traditionally solve on a quantum computer aren’t completely practical. Quantum computers are great at finding the shortest path in a multi-node network but not so good at playing Doom. So the comparison is never apples to apples.

But what does quantum supremacy mean for crypto and crypto mining, where having a highly efficient machine gives you an edge over everyone else?

The biggest danger to blockchain networks from quantum computing is its ability to break traditional encryption.

Quantum computing experts see SHA-256 as a proverbial canary in a coal-mine. When a true quantum exploit begins invading systems worldwide, researchers will know to panic.

“Quantum computing will impact many forms of encryption including SHA-256, which is used by bitcoin. Since Bitcoin has value, people will have more of an incentive to attack it. However, I believe many easier encryption algorithms will be broken first and alert the community that it’s time for a change,” said Patrick Dai, founder and CEO of Qtum, a business-focused blockchain provider, adding:

“Breaking SHA-256 isn’t something that happens overnight. We will have many warnings. Ultimately miners will pay the price when the switch happens, because they are stuck with incompatible hardware, but bitcoin will continue to progress.”

Ultimately researchers believe we are on track to break hashing algorithms and even the asymmetric cryptography systems that power our public and private keys.

“Quantum computing will force all cryptocurrencies to adopt to new signing algorithms, as current ones (the ones used by Bitcoin and Ethereum as well) are proven to be vulnerable to signature forgery,” said Johann Polecsak, CTO of QAN, the creator of an allegedly quantum-proof blockchain.

Vitalik Buterin, for his part, isn’t bullish on quantum computing.

“My one-sentence impression of recent quantum supremacy stuff so far is that it is to real quantum computing what hydrogen bombs are to nuclear fusion,” he wrote. “Proof that a phenomenon and the capability to extract power from it exist, but still far from directed use toward useful things.”

My one-sentence impression of recent quantum supremacy stuff so far is that it is to real quantum computing what hydrogen bombs are to nuclear fusion. Proof that a phenomenon and the capability to extract power from it exist, but still far from directed use toward useful things.

“Asymmetric cryptography relies on keypairs, namely a private and public key. Public keys can be calculated from their private counterpart, but not the other way around. This is due to the impossibility of certain mathematical problems. Quantum computers are more efficient in accomplishing this by magnitudes, and if the calculation is done the other way (we could calculate private keys FROM public keys) then the whole scheme breaks. This is proven and we only need more qubits and stability in these systems, which are continuously developed further,” he said.

David Chaum, creator of Praxxis, believes that proof-of-work systems will be more resistant to quantum attacks, even if wallets and keys won’t be.

“The hashing algorithms in Proof of Work (PoW) protocols that require mining are generally resistant to quantum computing,” he said. “The more likely angle of attack for an adversary with a quantum computer is to break the security of wallets in PoW or Proof of Stake (PoS) protocols.”

Quantum computers can use something called Shor’s algorithm to factor the long integers used by cryptocurrencies to secure wallets. The expectation is that any actor able to use quantum computing to break RSA – the cryptographic standard for most popular platforms – will probably keep quiet.

“Given the unpredictability of scientific progress, and the likelihood of secrecy, forecasting exactly when quantum computers will break blockchain crypto is a fool’s errand,” said Chaum. “With that said, while the barriers to quantum computer development are difficult to overcome, there is no evidence that they are insurmountable.”

“One day soon, a quantum computer capable of using Shor’s algorithm to defeat many cryptosystems will be produced. The blockchain community would be foolish to ignore this threat until that day comes. The NSA directed government agencies to halt work on quantum-susceptible cryptosystems more than four years ago. The NSA is taking quantum computing seriously. So should we.”

The bottom line is simple: once quantum supremacy starts to touch real-world implementations – including crypto – all heck will break loose. The only way to reduce the damage is to be prepared.

“In the case of bitcoin, if someone has quantum computing capability before others, they might be able to start moving some large bitcoin balances before the network is upgraded. The best defense right now is to only use a bitcoin address once, so the public key is not revealed,” said Adrian Scott, CEO of Freedom Stack, a crypto startup.

Unfortunately, like the spooky nature of quantum bits, no one knows what will happen when these machines begin attacking popular crypto platforms. Said Scott:

“This is like a Y2K problem for crypto, as it does mean significant upgrades to platforms across networks, software libraries used by many applications, integrations with other systems, etcetera. We also don’t know for sure how quantum-resistant the ‘quantum resistant’ approaches are.”

Source: How Should Crypto Prepare for Google’s ‘Quantum Supremacy’? – CoinDesk