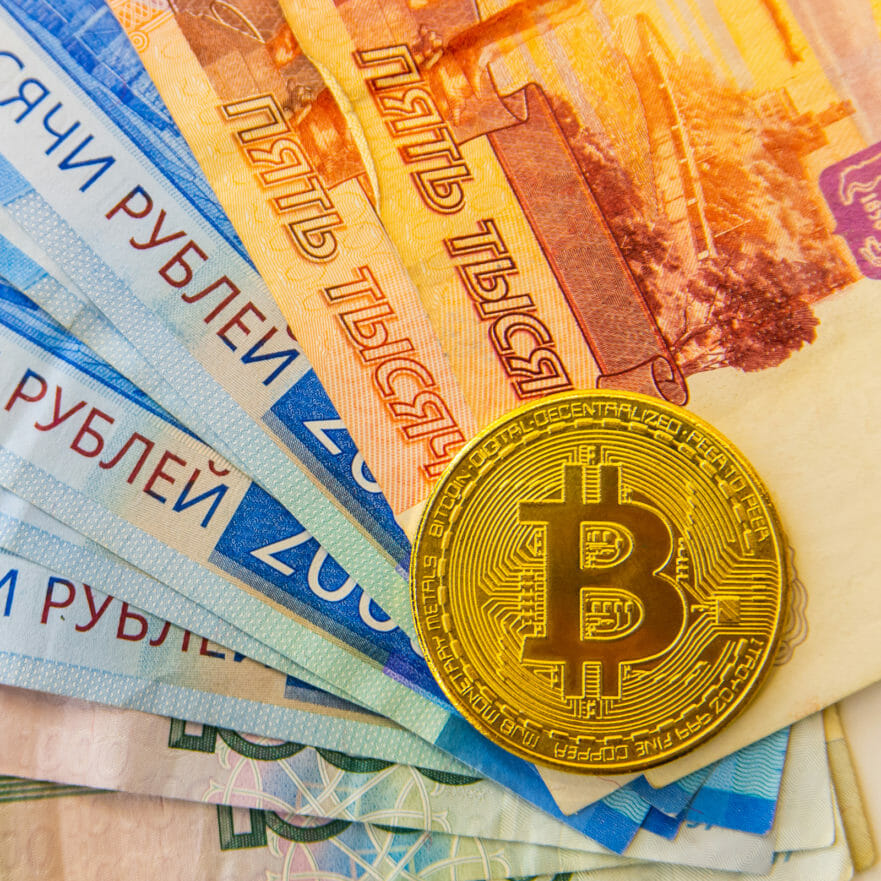 Multi-Million Cash Market for Crypto in the Capital

Last year’s skyrocketing prices have tremendously increased the popularity of cryptocurrencies around the world and Russia is no exception. The 2017 all-time highs drew a lot of attention and investment creating a multi-million dollar cryptocurrency market in Moscow which is still blooming. A big part of it involves cash transactions and as there are no dedicated regulations in the country yet, this type of crypto trading is neither legal nor illegal. According to estimates quoted by the local press, the daily crypto turnover in the capital alone is between $10 and $20 million USD but it sometimes peaks at $50 million. A number of currency exchange shops and individual traders in Moscow are offering the service of fast and anonymous purchases and sales of cryptocurrency with rubles and dollars. An investigation by leading Russian business edition Vedomosti has found that the situation resembles that of the notorious 90s when forex deals were sealed right in the street. Now anyone can go to an office with a bag of cash, change it to crypto without identifying themselves or proving the origin of the funds. Isn’t it the same with fiat-to-fiat exchange?

According to Roman Zaguba, a representative of the UK-based crypto bank Wirex, most of these exchangers dwell on peer-to-peer platforms like Localbitcoins. Because of the lack of relevant laws, online trading platforms are also entirely outside of the legal field. The draft legislation that was voted on first reading in May and was supposed to be adopted in July has been delayed. The texts of the initial three bills have been synchronized and the revamped law “On digital financial assets” will be presented for public discussions in October before it’s reviewed again in the State Duma and hopefully adopted by the end of the year. Quoted by BFM, Zaguba added that the legal document contains definitions such as “exchange operators” and he believes the term applies to cryptocurrency exchanges that will be allowed to trade digital coins with fiat money.

A Third of the Turnover Comes From Chinese Merchants In its report, Vedomosti writes that cryptocurrencies like bitcoin core (BTC) and ethereum (ETH), currently with the largest market capitalization, are popular with Russian traders. Their circulation, exchange with fiat currencies and use in payments for goods and services are neither allowed nor officially banned. At the same time, the paper notes, they remain largely invisible for the central bank, the tax authority and the customs service. According to Aleksei Karpenko, senior partner at the law firm Forward Legal, Russian citizens have the right to buy cryptocurrency as property. This would only be illegal if the cash comes from proceeds obtained through criminal means. Laundering such money would be a crime, but the lawyer says this has nothing to do with cryptocurrency itself. “There is a common rule – if specific transactions are not prohibited, then they are allowed. This is a matter of agreement between a buyer and a seller,” Karpenko explains.

As part of the investigation, Vedomosti journalist Alena Sukharevskaya visited the office of one of the companies offering exchange services on the market in the Moscow International Business Center, also known as the Moscow City. Denis Polohin, founder of the Berkut Corporation, told her the number of deals worth over $100,000 had increased in the last couple of years. About 50% of the deals are sealed with investors that want to participate in initial coin offerings (ICOs), 10% of his clients are traders and 10% dealers. Another Moscow City-headquartered company, the International Cryptocurrency Center, which trades digital assets in partnership with the Estonian firm Aridika Asset Management, said it had between 10 and 15 customers every day. The publication also claims that 30% of the turnover registered by Moscow exchangers comes from merchants operating in the city’s major wholesale markets such as Moskva, Sadovod, and Food City. Earlier this year, Russian media reported that most of them are Chinese nationals who use cryptocurrency for cross-border payments for the goods they import from the People’s Republic. Vedomosti has estimated the exchange shops make around $400,000 daily from an average commission of 1.5 – 2% on top of Bitfinex and Binance rates.