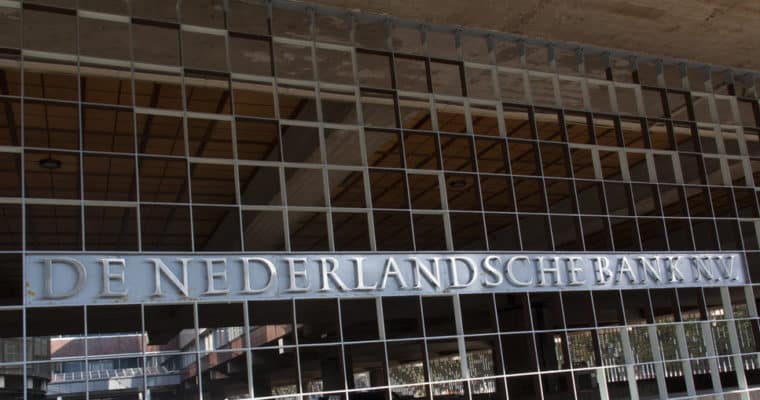 The Dutch Central Bank, De Nederlandsche Bank, wants to regulate crypto companies by requiring them to get licenses in order to operate.

The bank claims the measure will deter money laundering and the use of cryptocurrencies to fund terrorism, according to a short brief in Dutch daily newspaper De Telegraaf. To qualify for a license, crypto companies must report “unusual transactions” and know who their customers are.

The Dutch Central Bank said the regulation was necessary because the decentralized, anonymous nature of the crypto market makes it a target for money launderers.

According to one investigation, more than $88 million was laundered over 46 cryptocurrency exchanges around the globe during the past two years.

ShapeShift AG — which is incorporated in Switzerland but operates out of the United States — allegedly processed more than $9 million in illicit funds since 2016. The altcoin exchange service previously let people trade bitcoin and other virtual currencies anonymously, though it has since adopted mandatory KYC.

In a bombshell 93-page federal indictment, the US Department of Justice accused the online sex marketplace of money laundering, conspiracy, and facilitating prostitution.

The Department of Justice shut down Backpage in April 2018 amid revelations that it promoted underage prostitution and sex trafficking since its launch in 2004.

“Backpage furthered its money laundering through the use of bitcoin processing companies,” the Justice Department alleged. “Over time, Backpage utilized companies such as Coinbase, GoCoin, Paxful, Kraken and Crypto Capital to receive payments from customers and/or route money through the accounts of third parties.”

It is because of these high-profile crackdowns on money laundering that many regulators remain leery of the decentralized, anonymous cryptocurrency industry.

John Williams, the CEO of the Federal Reserve Bank of New York, says crypto’s persistent issues with scams is a major deterrent to mass adoption.

“The setup or institutional arrangement around bitcoin and other cryptocurrencies [is problematic],” Williams said. “They have problems with fraud, problems with money laundering and terror financing.”

That said, money laundering also occurs using fiat currencies. In April 2018, the office of Quebec Chief Scientist Rémi Quirion published a report concluding that bitcoin is wrongly blamed as a go-to vehicle for money laundering and criminal activity because the facts don’t support these claims.

“Bitcoin is not above the law, nor is it a magnet for illicit transactions: it forms only a tiny part of the criminal money circulating around the planet,” the report stated. “The reason: it is less attractive for anyone who wants to make transactions without leaving a trace.”

Similarly, a January 2018 report by blockchain analytics company Elliptic also found that less than 1% of all bitcoin activities conducted between 2013 and 2016 involved money laundering.

“Bitcoin’s illicit use is mainly based on anecdotal evidence, usually without supporting data analysis of how it is used across geographical regions, or trends over time,” the report stated.