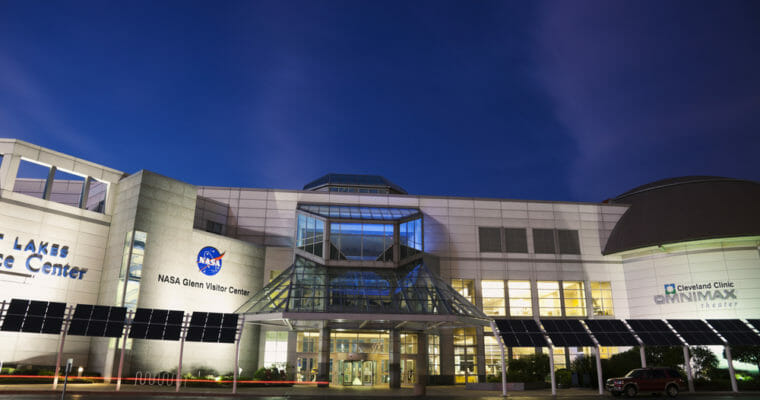 Kirsten Ellenbogen, the CEO of Great Lakes Science Center, said that the institution decided to accept crypto to facilitate the growth of the local blockchain ecosystem.

“There is a lot of excitement around the conference. Accepting bitcoin is just a small part of the momentum to grow a blockchain ecosystem in Cleveland,” Ellenbogen said.

Third Museum in the US to Accept Bitcoin

Museum of the Coastal Bend in Texas and St. Petersburg Museum of History in Florida have been accepting BTC for quite some time, and Great Lakes Science Center is officially the third museum in the US to accept cryptocurrencies as a payment method.

In 2013, Museum of the Coastal Bend first integrated Bitcoin, as CCN reported. At the time, a museum spokesperson said:

“I have to admit, I’m skeptical that anyone will visit and use BTC. But it doesn’t cost us anything to try, and it’s pretty cool to say that we’re the first. Also, admission is pay-what-you-want, in case anyone was wondering how many of their hard-earned BTC they would need to spend here.”

Fast forward five years, Bitcoin has become a major store of value worth over $110 billion that is acknowledged as a proper asset by large-scale institutions like ICE, Fidelity, Nasdaq, and the New York Stock Exchange.

“Last year we launched our mobile app that uses augmented and virtual reality to allow guests to experiment with flames in space and test spacecraft designs re-entering Earth’s atmosphere when they visit the NASA Glenn Visitor Center, and now they’ll be able to use their phone to pay for their admission using Bitcoin.”

The integration of Bitcoin is the second major initiative of the institution following the launch of a new mobile application that utilizes augmented and virtual reality to allow visitors to better experience, study, and evaluate the work NASA is leading.

Cryptocurrency Integration is a New Trend

As seen by the successful initiative of Hublot and Great Lakes Science Center, the integration of major cryptocurrencies like Bitcoin has become a new trend in the global market.

The international user base of Bitcoin, as well as a rapidly growing number of cryptocurrency-using millennials, frequently seek for ways to transact using digital assets at stores and merchants, and the integration of Bitcoin, which does not cost anything for the merchants, has become an efficient way of targeting consumers in the cryptocurrency market.

Source: Major Museum in the US to Accept Bitcoin, Big For Crypto Awareness