It utilizes AI-Enabled Proof of Stake Algorithm, Multi-Layered Consensus Model and Voting Based Governance. CORE will provide a higher level of scalability using Advanced Sharding and Pipelining and Chunking and Parallel Transaction Processing. These technologies have made it possible for the CORE network to be infinitely scalable and achieve significantly higher throughput and efficiency.

Core Multi-Chain is the next generation of blockchain protocol designed to enable legacy, current, and future blockchains to scale and communicate seamlessly. CORE offers a wide variety of possibilities in the blockchain space due to its sharding, interoperability, and central algorithm.

By providing a fair and secure platform, CORE allows users to regain control over their personal information. The project offers a scalable network featuring functionalities that bypass current blockchain limitations. CORE intends to offer an environment-friendly system that is sustainable, interoperable and provides enhanced throughput. 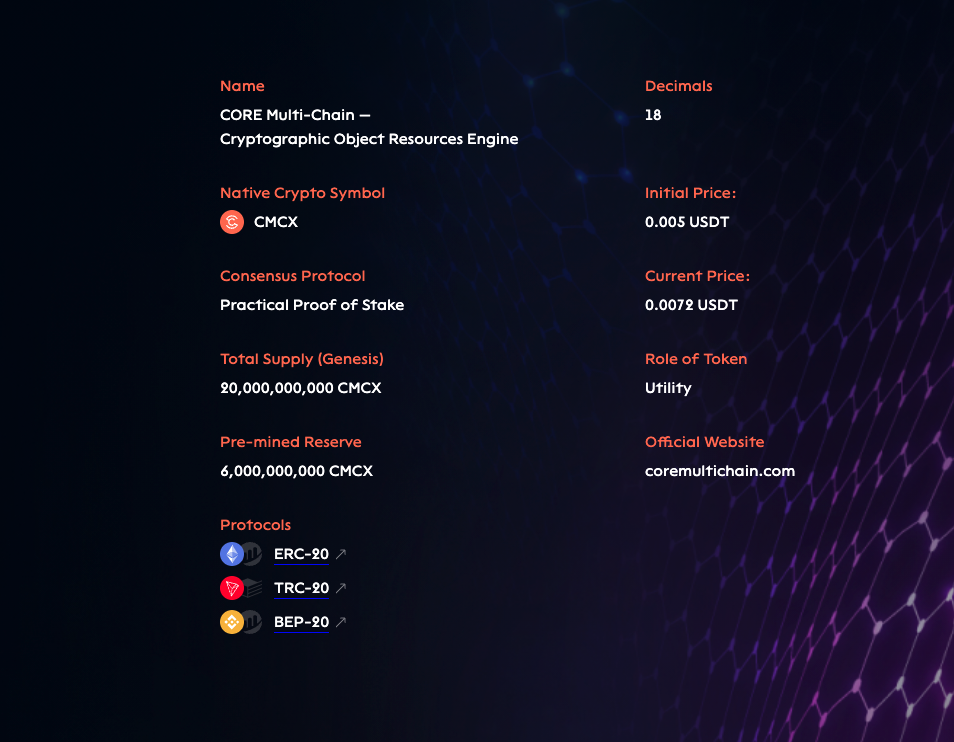 With an IEO, both cryptocurrency exchanges and the projects are putting their reputation on the line. As a consequence, the vetting process and due diligence run by the crypto exchange is extensive. Additionally, ICOs are more accessible to the general public than STOs, and the token sale team is somewhat less likely to suffer repercussions from regulators.

List of exchanges: At the time of this review, during the IEO stage (October 1st to 15th), the CMCX token is available from the below websites and exchanges:

On October 15th, the CMCX will be listed on the following exchanges:

Finally, the CMCX token will be listed on Coin Market Cap and Coin Gecko after October 15th, once the Token will be available on exchanges.